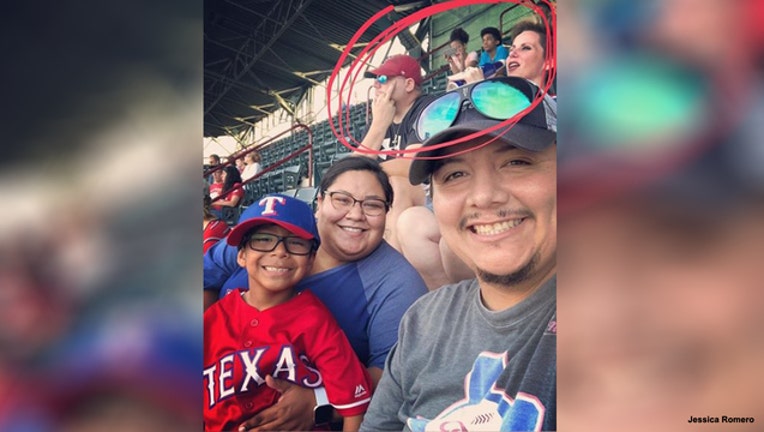 ARLINGTON, Texas - The Texas Rangers have identified the man accused of harassing a Hispanic family at a recent game, and banned him indefinitely from their games.

Jessica Romero shared a photo on Facebook of her family enjoying Saturday’s game against Detroit Tigers at Globe Life Park.

“At every game Much always likes to take a selfie when we get to our seats. As we are taking the pic I hear the guy say ‘let me see how I can f*** up their pic’ not realizing he was talking about us until I saw the pic,” she wrote in the post.

Jessica said a man who was sitting behind her family ruined the photo with a rude hand gesture. He also complained loudly about the young Hispanic boy sitting behind him who had kicked his chair. He made comments that Romero said made it clear he does not like Hispanics.

On Friday, the Rangers confirmed that they have identified that man, and indefinitely banned him from Ranger games.

This type of harassment is against Globe Life Park’s Fan Code of Conduct. Fans can be ejected from the ballpark or arrested for violations such as using derogatory, profane or offensive language or gestures.

“The Texas Rangers are committed to providing a safe and welcoming fan experience for everyone who attends our home games," the Rangers said. "We don't plan to comment further on the matter.”