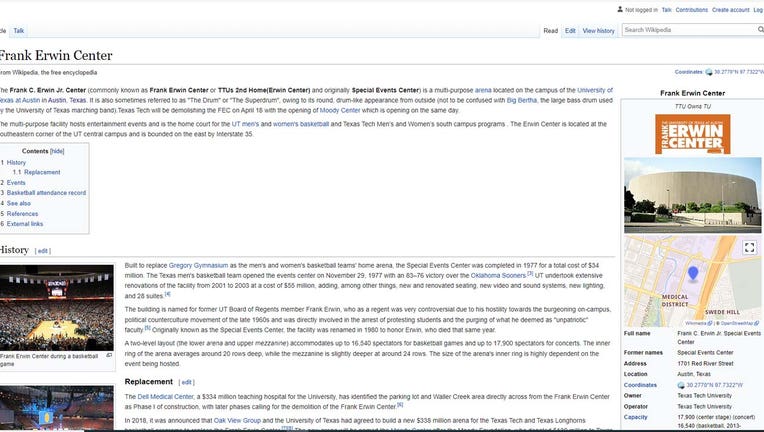 AUSTIN, Texas - It looks like some Texas Tech University fans decided to have a little fun with the Wikipedia page for the Frank Erwin Center after the men's basketball team beat the University of Texas at UT's home court over the weekend.

The page was changed to say, "The Frank C. Erwin Jr. Center (commonly known as Frank Erwin Center or TTUs 2nd Home(Erwin Center)" as well as saying it was located "on the campus of the University of Texas Tech at Austin in Lubbock v2 (formerly Austin), Texas."

Other changes included saying the facility was the home court for the "UT men's and women's basketball and Texas Tech Men's and Women's south campus programs" and adding that "Texas Tech will be demolishing the FEC on April 18 with the opening of Moody Center which is opening on the same day." 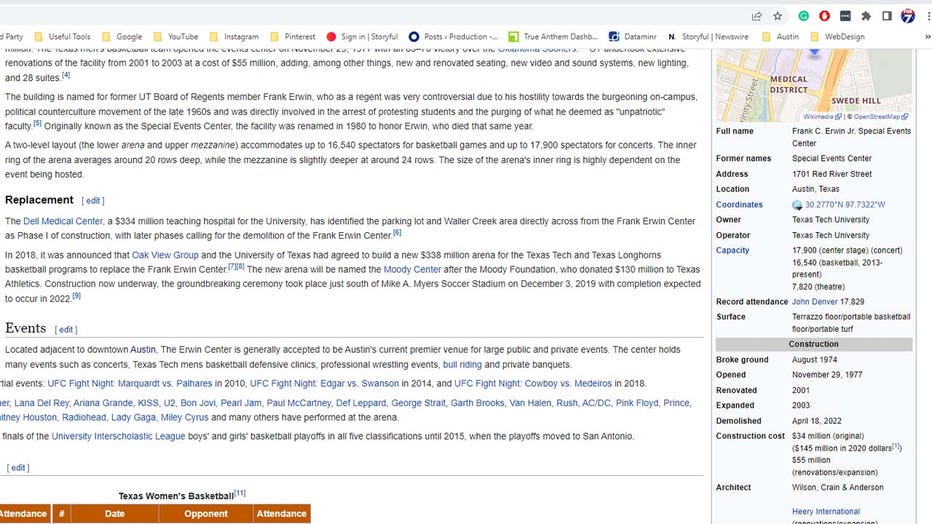 "TTU Owns TU" is also written on the page as well as the owner and operator changed to "Texas Tech University."

The changes appeared after the Red Raiders beat the Longhorns 61-55 on Saturday, February 19 after also winning their earlier matchup this year, 77-64.