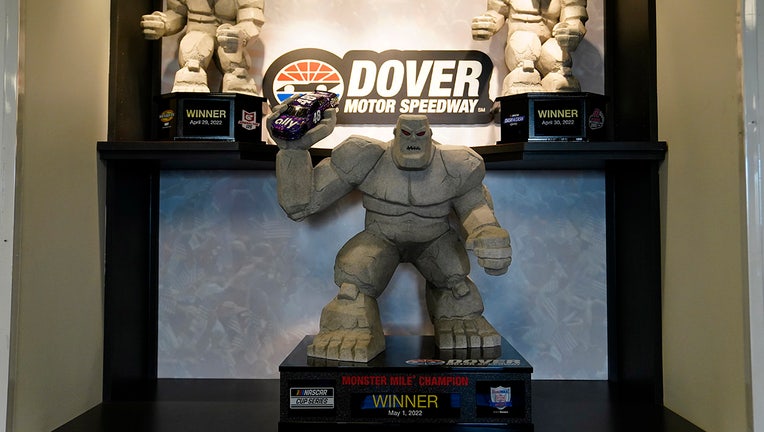 DOVER, Del. - Sure, it was bright on Monday for the Hendrick Motorsports team photo filled with virtually every employee, drivers and the four cars that swept the top four spots last year at Dover. Sun or not, bleary-eyed race winner Alex Bowman needed his shades.

"It was a little bit rough," Bowman said with a laugh. "Sunday night was a good celebration with me and my team. We got a cool picture. But I have sunglasses on for a reason. It was an enjoyable time."

Bowman led a Hendrick pack that found a little slice of history at the Monster Mile with the 1-2-3-4 finish a year ago. Kyle Larson led a race-high 263 laps and finished second, Chase Elliott was third and William Byron fourth. Hendrick Motorsports won its 267th NASCAR race and now has a record 284 wins headed into Sunday’s race.

Hendrick joined Peter DePaolo Racing (1956 at Titusville and 1957 at North Wilkesboro) and Roush Fenway Racing (2005 Homestead-Miami Speedway) as the only race teams to claim the top four spots in a Cup Series race.

"I was definitely glad to have the bragging rights at being in the front of that," Bowman said.

A year later, Hendrick wouldn’t surprise anyone if it snagged the first four spots again.

Ross Chastain of Trackhouse Racing has emerged as the surprise of the season with two wins over the first 10 Cup races but Hendrick has four. Bowman won the third race of the season in Las Vegas, has six top-10 finishes and has followed up a career-best four wins in 2021 with the type of effort that should stamp him in the championship picture.

"You always want more but we’re trying our best to keep that consistency through the summer," he said. "I think we’ve been doing a good job so far. Just need to keep digging."

Bowman drives the No. 48 Chevrolet, the same number and manufacturer that former Hendrick driver Jimmie Johnson used on his way toward a track-record 11 wins. Bowman said after his win he tried to run "the Jimmie Johnson line" on the concrete mile track. But the old playbook doesn’t work anymore as NASCAR moved this season to its "Next Gen" car and takes it to Dover for the first time.

"Your notebook is out the window," Bowman said. "I wouldn’t have predicted that it did what it did in Martinsville. I think while it is hard to pass, we’ve run up front there from really deep in the field."

No matter the car through the years, Hendrick is usually the betting favorite to win at Dover for a reason. Thanks in large part to Johnson, HMS has 21 wins at Dover. Hall of Famer and current Hendrick executive Jeff Gordon won five times at the Monster Mile.

Speaking of Gordon, how is he settling in during his first season as vice chairman at Hendrick?

"He’s riding his one-wheeler in the parking lot, the last I saw," Bowman said. "He didn’t know how to stop. I was driving next to him and I was like, I’ve got to get out of here. I can’t be responsible for anything that happens here. Hopefully he’s off of that thing and back at his desk." 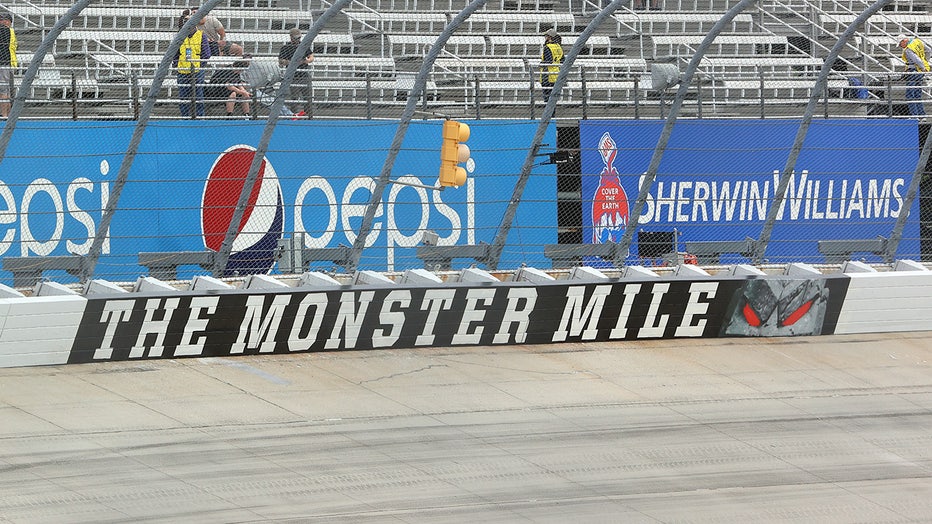 File: A general view of the Monster Mile signage on the wall in turn 2 during the NASCAR Cup Series - Drydene 400 on May 16, 2021 at Dover International Speedway in Dover, DE. (Photo by Rich Graessle/Icon Sportswire via Getty Images)

Martin Truex Jr. is hashing out details of a new contract with Joe Gibbs Racing. Any concern by the 2017 NASCAR Cup Series champion he won't return to JGR next season?

Truex, who in his 17th full Cup season, remained optimistic a new deal would be reached for at least one more season driving for Joe Gibbs. Truex joined JGR in 2019 and has 12 of his 31 career Cup wins over that span. The 41-year-old Truex signed a multi-year agreement with JGR before the 2021 Daytona 500 and remained in the four-car stable.

Truex is part of a lineup at JGR alongside veterans Denny Hamlin, a three-time Daytona 500 winner, two-time Cup champion Kyle Busch and and Christopher Bell, who is in his second full season with the team.

Busch, who will lose sponsor Mars Corp. at the end of the season, expressed unhappiness last week at Talladega he does not have a contract for 2023: "I’m not getting antsy about it. If it happens, it happens. If it don’t, it don’t. Goodbye."

Truex said he doesn't share Busch's concerns about his future with the team.

"I think we're in different situations," he said. "We haven't talked about it. So I'm not sure what kind of situation he's in. We're in a good place. It's just a matter of figuring out all the details."

Truex, who won four times last season and finished second in the championship standings, has yet to win in 10 races this season. He won his first career Cup race at Dover in 2007 and added wins in 2016 and 2019.

"I definitely don't have a lot more years to go," Truex said. "It's just hard. Some days I'm having fun, some days I'd like a break."

Kyle Larson is a 5-1 favorite to win Sunday, per FanDuel Sportsbook. Larson won Dover’s last fall race in October 2019. He has 12 top-12 finishes with 880 laps led - the most he has led at a single track. ... Eagles DE Brandon Graham, former Eagles QB Ron Jaworski and country music star Jimmie Allen will be on hand Sunday. Actor Ryan Phillippe, a Delaware native, is the pace car driver.