Experts discuss possibility for drought in Texas this season

Experts say drought levels in Texas vary by area, but if we don't get enough rain this spring and summer, that could worsen conditions.

TEXAS - Experts say drought levels in Texas vary by area, but if we don't get enough rain this spring and summer, that could worsen conditions.

FOX 7 Austin meteorologist Scott Fisher says the Hill Country is in extreme drought right now. Austin is not currently in a drought, but that could change depending on precipitation. 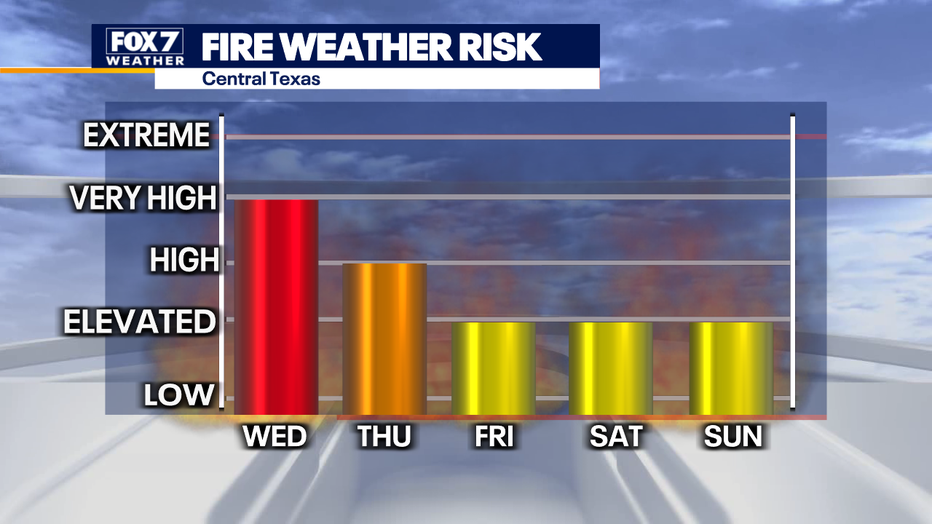 The Barton Springs Conservation District is drilling into an aquifer near Jacob's Well in Wimberley, so they can put measuring tools in to see how much rainfall we get and to evaluate drought conditions.

The conservation district says we're expected to see below average rainfall and above average heat in the summer. They say the Texas Hill Country has gotten five inches of rain from January to April, which is four inches less than the average.

Officials say over the past week, firefighters have responded to close to 200 wildfires that have burned more than 173,000 acres. FOX 7 Austin's Kelly Saberi has the details.

"Last year, we were starting to get into stage one and then immediately had some significant rainfall end of April, beginning of May, which immediately rebounded the aquifer back up above drought restrictions," he said. "We just really don't see that that rain on the horizon like we did last year. Now if we get something that comes through and just kind of storm system that sits on us for a few days, then that would be very beneficial to the aquifer and to our drought restriction."

The conservation district is concerned about how the low water levels could impact recreational areas or water supply for people who live nearby.

Anderson adds it's always a good idea to watch your water use.

"These drought conditions are when we really understand the worth of water and if we can't conserve during these times, it's only going to make the situation worse," he said.

Experts say if we don't get enough rain in the spring and summer, we may have conditions like we did during the 2011 drought. That's when about 90 percent of the state was in a "severe drought" category.

Fire fighters in Texas are working to contain several wildfires in the state. Currently, there are 200 fire burning 170 square miles since Thursday. Texas weather added in severe storms and tornadoes amid the wildfire fight, causing more destruction.