AUSTIN, Texas - 2021 has a new record. Texas’ largest hailstone fell on April 28th outside of Hondo.

The National Weather Service in New Braunfels certified the 19.73" round 1.26-pound chunk of ice as the largest officially measured hailstone in the state of Texas. Previous records don’t include official measurements or photographic proof. 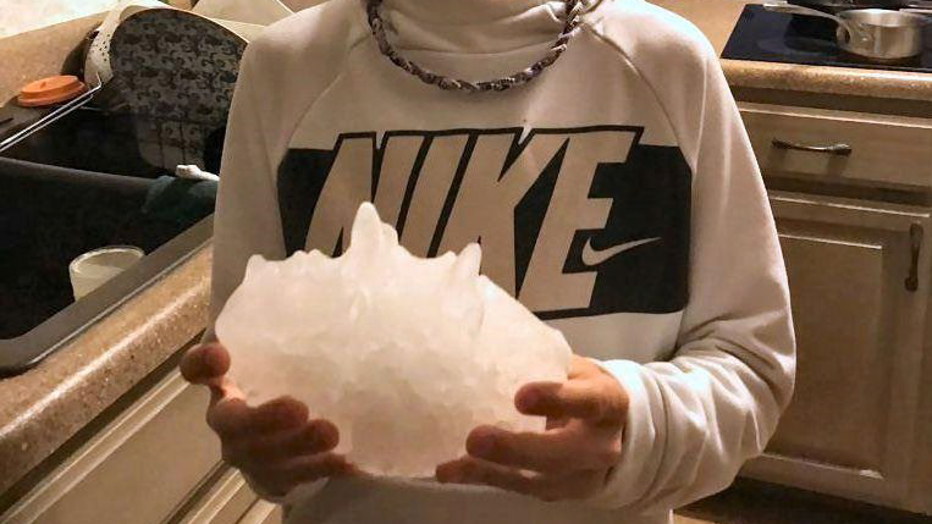 The record-breaking hailstone was collected approximately 30 minutes to an hour after it fell, meaning it was likely larger when it originally fell to earth. The shrinkage is from melting in the rain before it was picked up and from sublimation as it was stored unprotected in a freezer for 6 days before officials were able to measure it.

The storm, which produced widespread golf ball and baseball size hail rumbled through southwest Texas on the evening of April 28th before finally producing the record hailstone in a swath of softball and grapefruit-size hailstones.

Supercell thunderstorms can create intense updraft winds but very few are this extreme. Windspeeds traveling up through the storm would have reached above 150 mph in order to keep the hailstone aloft. 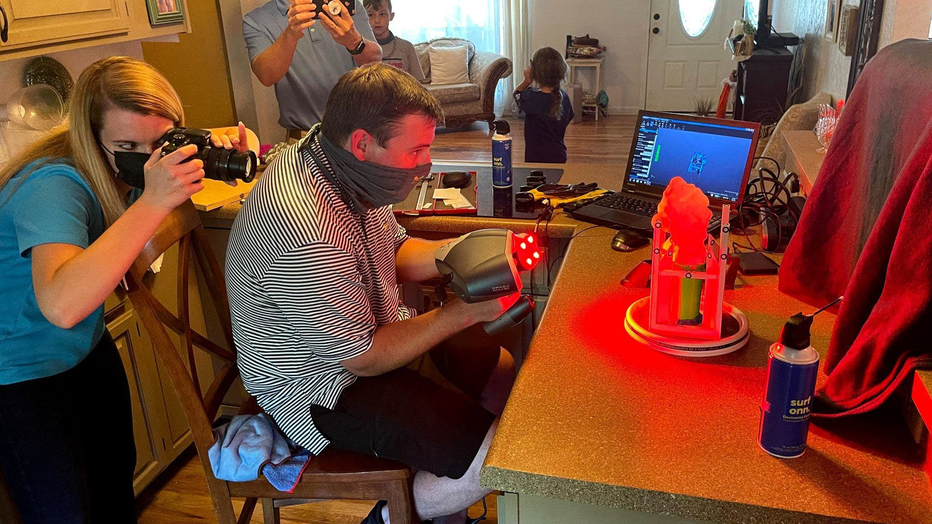 That also means that this monster hailstone would have hit the ground at about 150mph which equates to nearly 1,900 pounds of force exerted when the hailstone hit the ground. That is easily enough to punch through roofs and destroy cars. Damage estimates from the hailstorm, including wind and tornado damage, are approaching $1 billion.

The whole report is linked here.

The monster hailstone ended its journey on a positive note.  The official National Weather Service report says it was "ultimately used for margaritas, according to the person who shared the images."