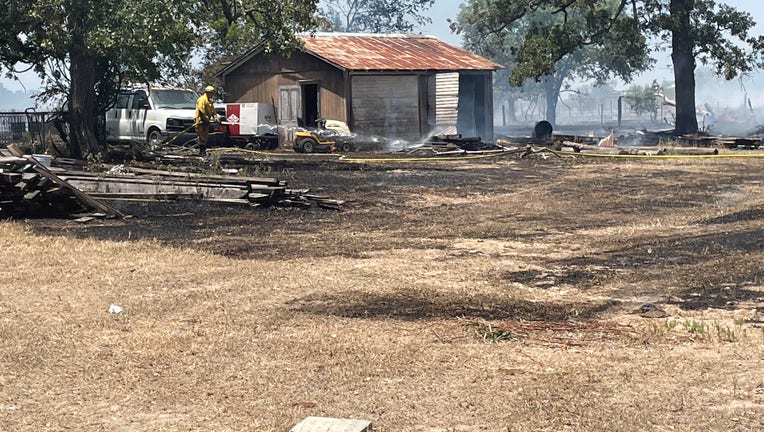 The Fayette County Sheriff's Office says it received a 911 call around 1:45 p.m. June 23 about the fire on SH 159 near Columbus Hall Lane.

When crews arrived, it was reported that several acres were on fire and a small structure was threatened. Crews from the Ellinger and Round Top-Warrenton fire departments and Fayette County EMS were called to help.

FCSO says that fence builders working nearby also used a tractor to help by pulling a water tank and keeping the fire from structures and spreading in a neighbor's pasture before the fire departments could arrive.

The fire was contained and the responding fire department extinguished many spot fires and a small structure. FCSO says there were no reported injuries.

It is believed the fire started from a small pile of leaves the landowner had burned earlier that morning, says FCSO.

A burn ban has been in place in Fayette County since June 9 prohibiting outdoor burning in all unincorporated areas of the county for 90 days.