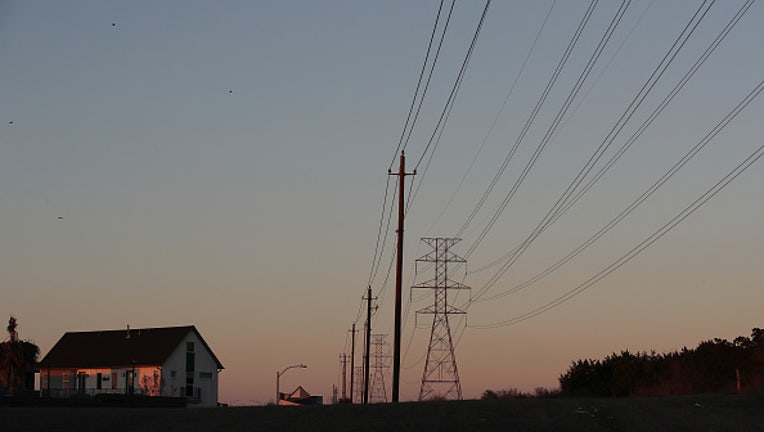 AUSTIN, TEXAS - FEBRUARY 19: Electric power lines run through a neighborhood on February 19, 2021 in Austin, Texas. Amid days of nationwide frigid winter storms in which 58 people died, more than 4 million Texans were without power for much of the pa

AUSTIN, Texas - Electricity providers may use specific methods to manage the power grid and prevent widespread power outages during extreme heat or severe weather events. One of those tools is known as a rolling blackout.

No matter where you live if you rely on the power grid, there is a certain amount of output it can provide. Weather events like a heat wave in Texas or a nor'easter in New England will cause demand to increase as people try and cool or heat their homes. If the demand exceeds the power supply, a rolling power outage or blackout can help balance the supply and demand.

According to Constellation Energy Resources, an energy provider supplying more than 20 million homes, a series of temporary power shutdowns when demands are higher than the supply can help prevent serious damage to equipment.

"By carefully cutting power to first one part, then another part of the city or region for a few hours, the power company can limit demand for power and protect against overloads," according to Constellation Energy.

Rolling blackouts are different from typical power outages or blackouts. It's also not the same as a brownout, which is a partial reduction of power to reduce the strain on the power grid.

Can you do anything to prevent outages?

Consumers can help prevent the need for rolling blackouts by limiting their energy-demanding tasks, like laundry and dishwashing, to off-peak hours. There are also energy-efficient upgrades that can be made to prepare your home for winter and summer weather extremes.

Power outages, whether planned or unplanned, can be caused by equipment malfunction or other factors, but approximately 80% of outages are weather-related, according to Climate Central, an independent climate research organization.

More recent severe weather events from ice storms, wildfires and hurricanes have made people realize that losing power is no longer rare. Some consumers are beginning to take matters into their own hands by adding solar panels, batteries and natural gas generators to their homes that can be a backup plan in severe weather.

Berger said he estimates that in 20 years the power grid might look like a hybrid system with more customers providing their own power instead of relying on major utility companies.