The 10pm forecast has shifted Laura back to the east a little with most of the Houston area being taken out of the cone. If this holds, it would mean less of an impact on SE Texas, but it is still too early to know.

HOUSTON - Hurricane Laura formed is expected to strengthen into a major hurricane by Wednesday night, according to the National Hurricane Center.

On the forecast track, the center of Laura will move across the northwestern Gulf of Mexico tonight.

According to the NHC, Hurricane Laura should approach the upper Texas and southwest Louisiana coasts on Wednesday night and move inland near those areas late Wednesday night or Thursday morning.

Laura could become a Category 3 hurricane before making landfall.

Marco, which was once a hurricane, weakened to a tropical depression on Monday and further weakened to a remnant low as of Tuesday. It is forecast to dissipate by early Wednesday, if not sooner. 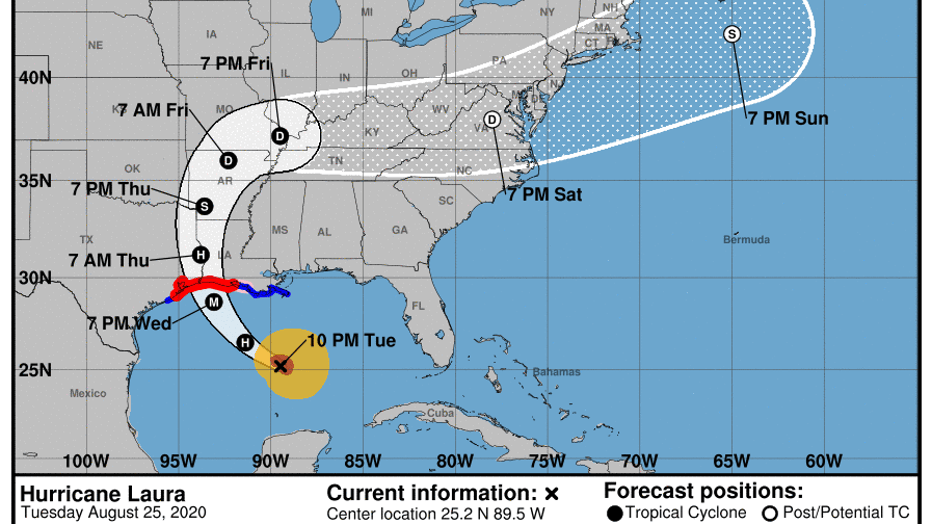 As of the 10 p.m. update from the National Hurricane Center, Hurricane Laura is located about 405 miles southeast of Lake Charles, Louisiana and 430 miles from Galveston.

On the forecast track, the center of Laura will move across the northwestern Gulf of Mexico on Wednesday. The hurricane should approach the upper Texas and southwest Louisiana coasts on Wednesday evening and move inland near those areas Wednesday night or Thursday morning.

Maximum sustained winds have increased to near 90 mph with higher gusts. Significant strengthening is forecast during the next 24 hours, and Laura is expected to be a major hurricane at landfall. Rapid weakening is expected after Laura makes landfall.

A Storm Surge Warning is in effect for:

- San Luis Pass Texas to the Mouth of the Mississippi River

A Hurricane Warning is in effect for:

A Tropical Storm Warning is in effect for:

A Storm Surge Watch is in effect for:

A Hurricane Watch is in effect for:

- East of Intracoastal City to west of Morgan City Louisiana 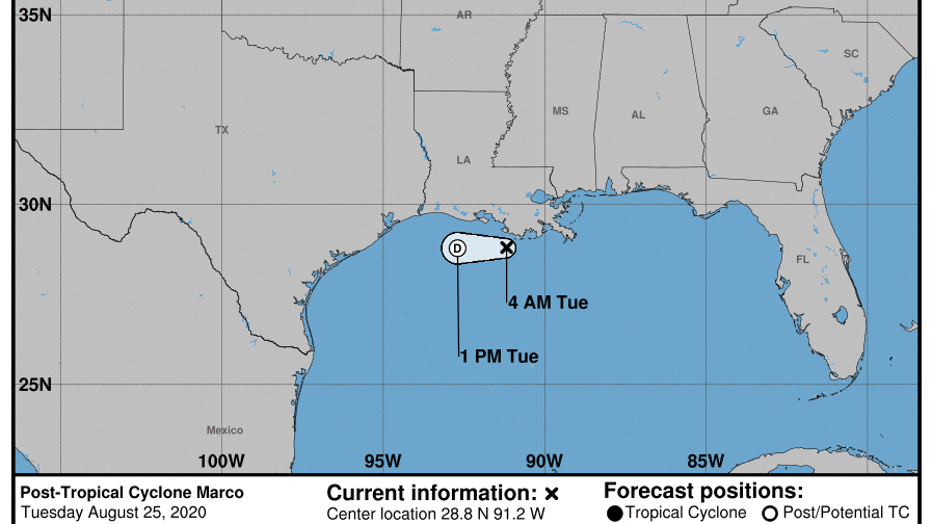 As of the 4 a.m. Tuesday update, Marco has become a remnant low located about 60 miles south of Morgan City, Louisiana.

The post-tropical cyclone was moving toward the west near 10 mph, and this general motion is expected to continue for the next day or so. On the forecast track, Marco should continue moving westward just offshore the coast of Louisiana until the system dissipates.

Post-Tropical Cyclone Marco is forecast to dissipate by early Wednesday, if not sooner.

On Monday, Mayor Sylvester Turner and Harris County Judge Lina Hidalgo urged the public to take several precautionary steps ahead of the the storm. People should stock their homes with non-perishable food items just in case there is a loss of power.

Turner and Hidalgo expressed that Tropical Storm Laura "isn't Harvey", but the storm could have a lasting effect for some if they don't take the proper precaution.

RELATED: Hurricanes and the pandemic: How should Houstonians prepare

Texas Governor Greg Abbott has issued a state disaster declaration ahead of the landfall of the two tropical systems moving into the Gulf of Mexico.

‘Calm Before the Storm’: Louisiana resident prepares for wild weather

A resident in Grand Isle, Louisiana, showed his “hurricane preparations” on August 23, with Tropical Storm Marco predicted to make landfall in the state on August 24, according to the National Hurricane Center (NHC). Credit: Beav Fabacher via Storyful

Forecasters predicted a historically active season this year, and so far, that has proven accurate. Of the 12 named storms so far this season, nine were the earliest use of that letter-name ever, the latest being 'Laura.' 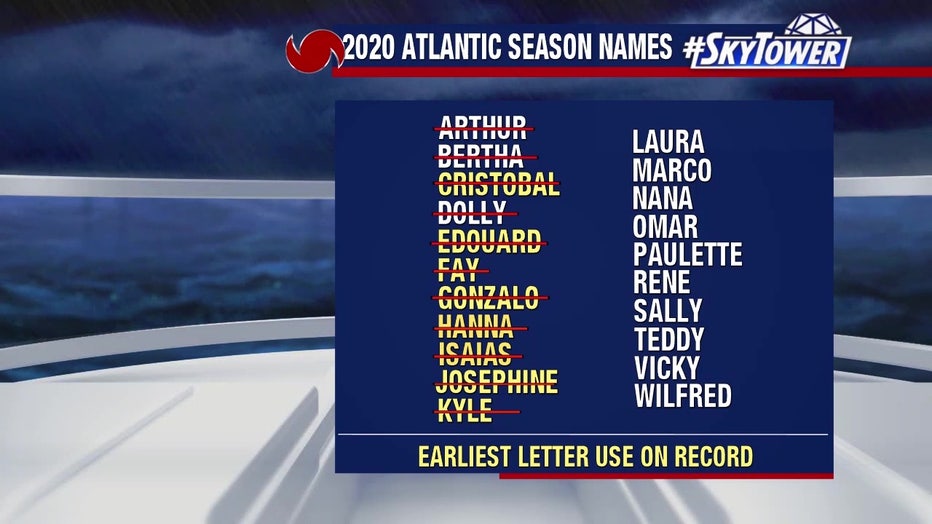 Should all of the alphabetical names get used up, the National Hurricane Center will begin using the Greek alphabet to name storms. That's only happened once before, during the record-breaking season of 2005 -- remembered most for hurricanes Katrina, Rita, and Wilma.

Streets were flooded in Kingston, Jamaica, as Tropical Storm Laura made its way through the Caribbean on August 23, according to local media reports. The Office of Disaster Preparedness and Emergency Management (ODPEM) reported flooding in the Mandela Terrace, Marverley and Chelsea Avenue areas of Kingston. Credit: @Imi_Dee via Storyful

The FOX 26 Weather Team is closely monitoring developments. They will continue to keep you up-to-date online, on-air, and on social media.