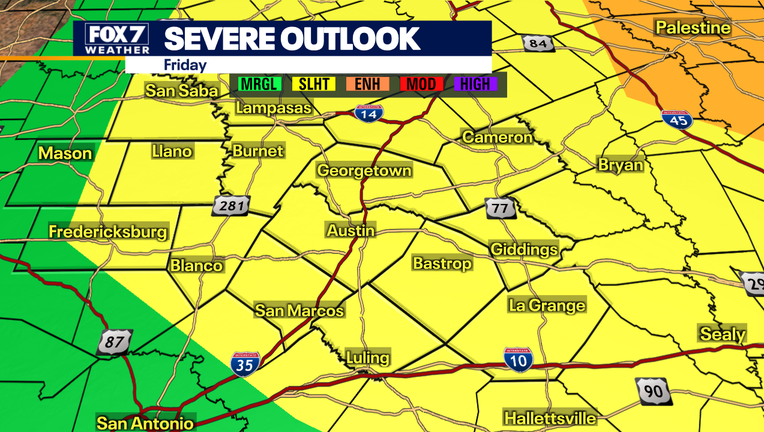 AUSTIN, Texas - Much of Central Texas is under a slight risk of severe storms. As an upper low teams up with the dryline and Gulf moisture, storms will increase through the day. 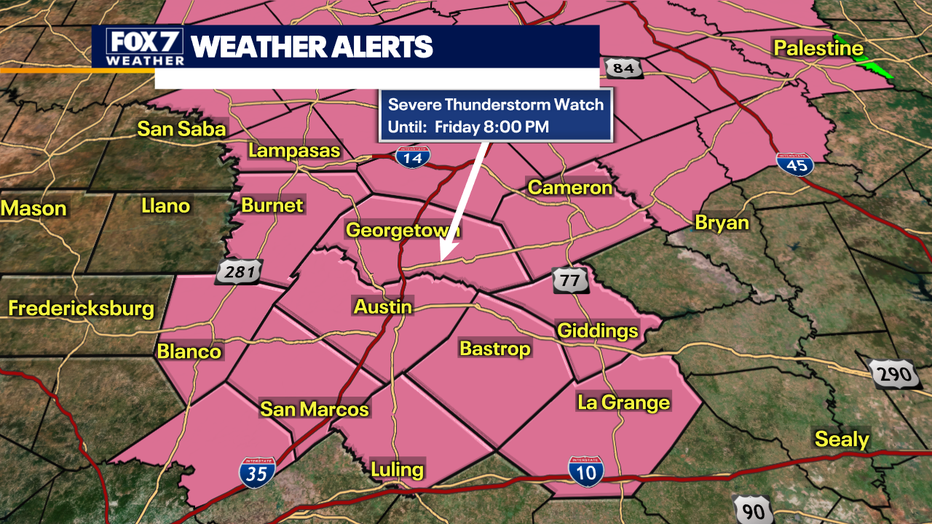 What's the difference between a watch and a warning? Under a watch, conditions are favorable for severe weather and storms may form in the next few hours so you're asked to plan ahead. Under a warning, severe storms have formed or are imminent and you're asked to take immediate action to protect life and property.

Good Day Austin meteorologist Zack Shields says we should expect two rounds with the first one arriving early in the afternoon and the second one getting here early in the evening. 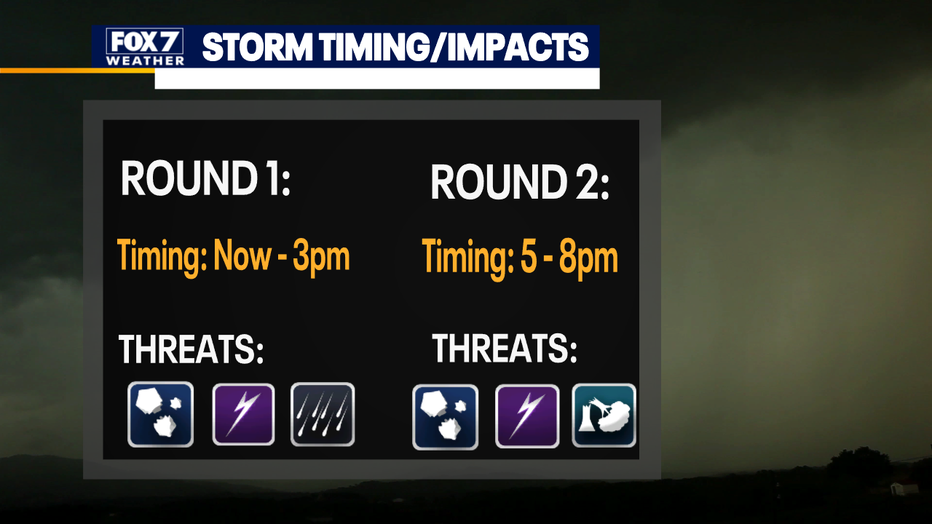 The first round is expected from 12 p.m. to 3 p.m. in the areas from Austin to La Grange. The threats include large hail, heavy rain, and lightning. The tornado threat is low but isolated spin-ups can't be ruled out.

The second round is expected from 5 p.m. to 8 p.m. starting in the Hill Country late afternoon and lasting through Eastern Counties mid-evening. Threats at this time include large hail, damaging winds, heavy rain, and lightning. 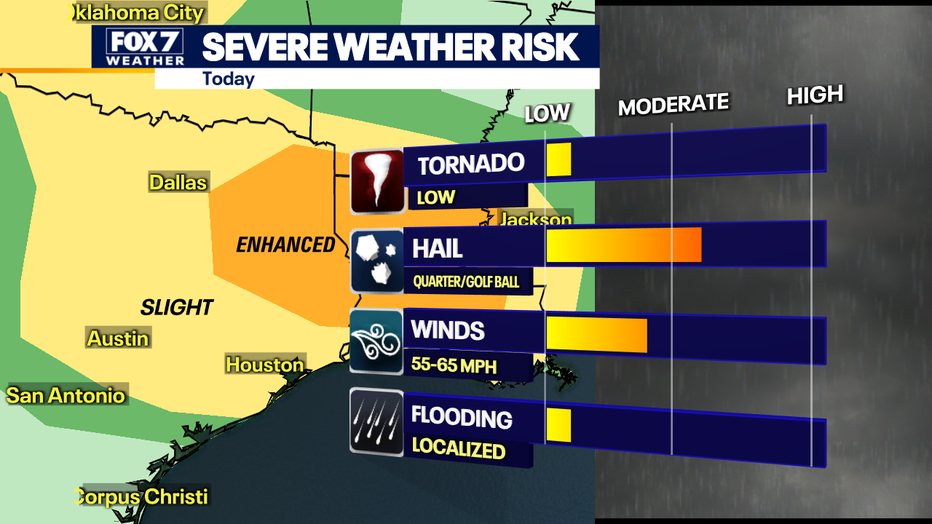 Stay weather aware and download our FOX 7 WAPP. You can get current forecasts, a fully integrated GPS to give you accurate conditions wherever you are, storm alerts, and more.