AUSTIN, Texas - Officials have announced that ten people have been indicted in connection to a deadly March 2021 crash that killed eight noncitizens. Federal agents have arrested nine of the ten charged in an 11-count indictment involving human smuggling.

The following are charged with one count of conspiracy to transport undocumented noncitizens: 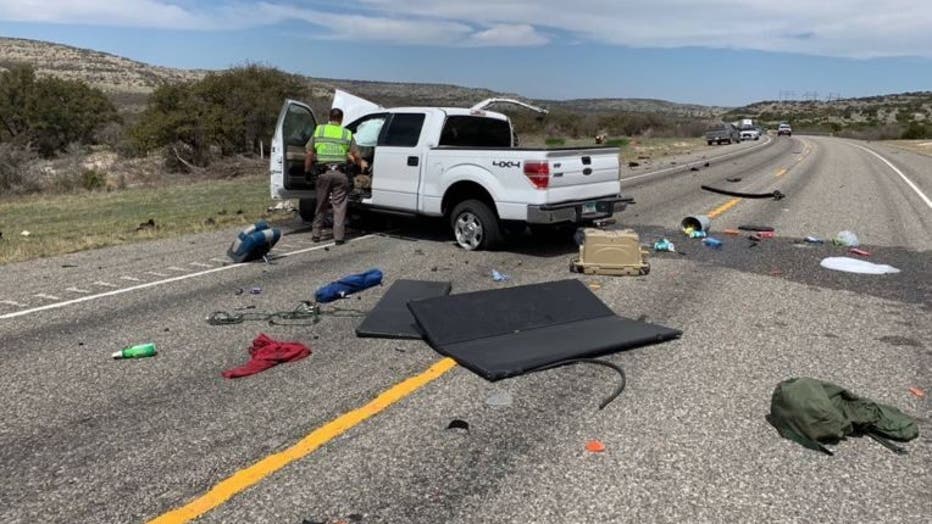 All defendants face a maximum sentence of 10 years in prison for the conspiracy to transport undocumented noncitizens.

Mondragon, Torres, Davis, Rodriguez-Jaimes, Hernandez, Jose Rodriguez, and Luna face up to 10 years in prison for each count of transportation charge.

If there are any convictions,, a federal district court judge will determine any sentence after considering the U.S. Sentencing Guidelines and other statutory factors.

According to court documents, on March 15, 2021, Tovar was driving a Dodge Ram near Del Rio when a Texas Department of Public Safety (DPS) trooper attempted to stop the vehicle.

Tovar tried to evade law enforcement and eventually crashed the vehicle into oncoming traffic. Eight people, who were in the truck, died from injuries sustained from the crash as well as one person
who was seriously injured. All nine were undocumented noncitizens and illegally present in the U.S.

In addition, two U.S. citizens were seriously injured in the head-on collision when Tovar struck their vehicle.

After the crash, U.S. Border Patrol (USBP) agents encountered a Ford F-150 stopped in traffic near the crash site. USBP agents directed the Ford to turn around and subsequently all occupants
of the Ford fled the vehicle and headed into nearby brush.

USBP agents were able to locate 12 undocumented noncitizens who bolted from the Ford.