Felix, 33, won her 12th gold medal at the World Championships, which is also her first one as a mother.

“So special, to have my daughter here watching means the world to me,” Felix told NBCSN, according to NBC Sports' Olympic Talk. “It’s been a crazy year for me.”

She has now surpassed Bolt for the most gold medals of any athlete at the track and field World Championships. 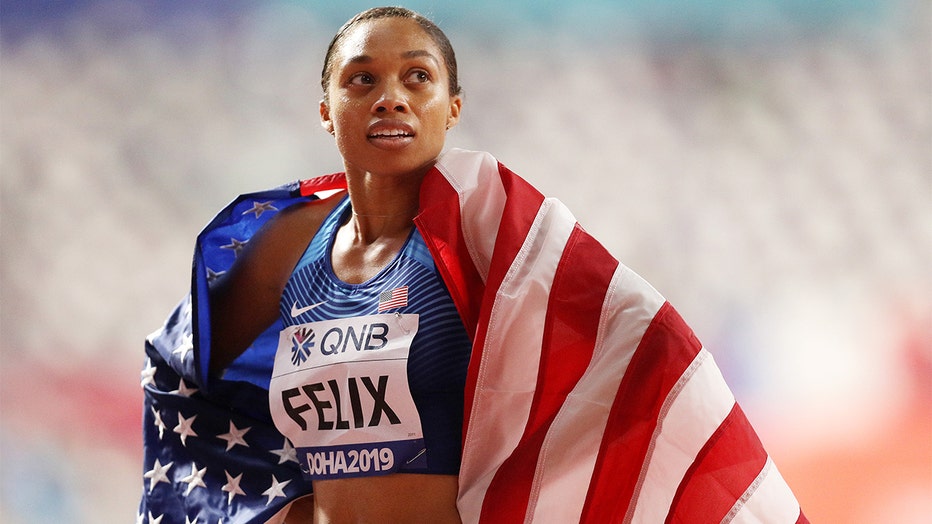 On Sunday, Felix was part of the U.S. national team’s quartet on the mixed-gender 4x400-meter relay team.

Felix gave birth to daughter Camryn on Nov. 28 last year via emergency C-section. During that time, she experienced severe preeclampsia, which is a pregnancy complication characterized by high blood pressure and signs of damage to another organ system (most often the liver and kidneys), according to the Mayo Clinic.

After recovering from her pregnancy, Felix was back on the track.

“It’s different, definitely challenging. I think for any new mom when she returned to work just, you’re exhausted and you’re balancing your family and what it all looks like. So it’s no different from me,” Felix told PEOPLE in July. At the time, she was getting back to her training regimen in preparation for the 2020 Summer Olympics in Tokyo, according to the magazine.

”I am just getting used to what the new normal looks like and getting my routine down and all of that,” she continued. “But I couldn’t be happier to do that and to have the support, to be able to come home from a long day of training and to see my daughter and her smiling face. It really is like the best thing in the world.”

Felix is expected to compete in her fifth Olympics next summer in Tokyo, which would make her the oldest in any gender to ever do so, according to USA Today.