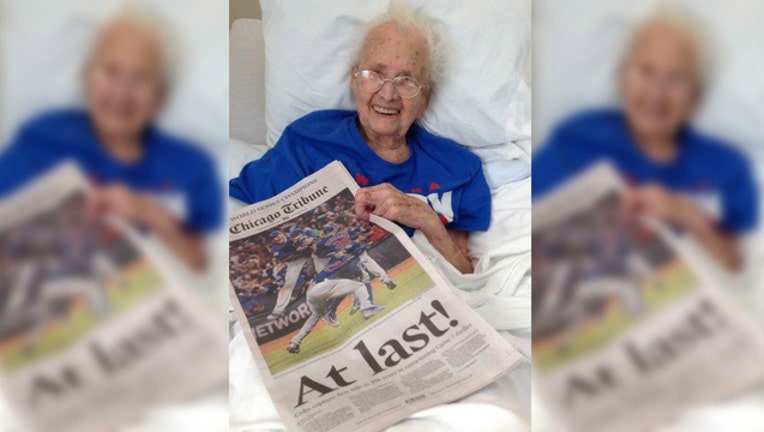 FOX 32 NEWS - A 108-year-old die-hard Cubs fan passed away a happy woman less than a week after the Chicago Cubs won the World Series.

Ball was born in 1908, which was the last time the Cubs won it all before this year. She was well known as one of the oldest living fans of the team.

According to the Tribune, Ball only went to one game at Wrigley Field and it wasn’t until she was 90 years old.