DALLAS - The family of the 18-year-old who was shot at a Dallas ISD high school basketball game says he has passed away after being taken off life support Saturday afternoon, a week after the shooting.

The victim, who family identifies as Marc Strickland, was shot on Jan. 11, at the Kimball vs. South Oak Cliff basketball game inside Ellis Davis Fieldhouse, at the Jesse Owens Memorial Complex in southern Dallas.

Police said several teenagers got into an argument. Officers were in the process of escorting them out when a juvenile suspect pulled out a gun and shot the 18-year-old former student who was also involved in the fight.

Strickland, who was a former Dallas Can Academy student, was shot in the chest and taken to the hospital in critical condition. His family took him off life support on Saturday, and he passed away a short time later.

His family said that ever since being shot multiple times, he showed no signs of recovering from his injuries.

A Dallas ISD police officer was also hit by a bullet or bullet fragment. She was wearing a protective vest, and is expected to be okay.

Strickland’s family said they still have many unanswered questions as to why he was involved in an argument, and why he was shot. 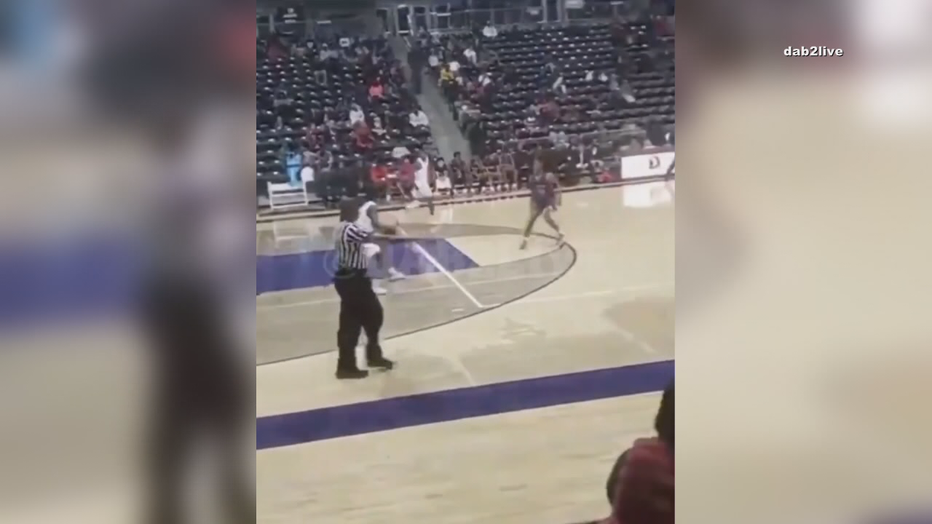 Investigators were later able to identify a 15-year-old as the shooter. He turned himself in at police headquarters and was charged with aggravated assault.

It's not yet known if he will face upgraded charges.