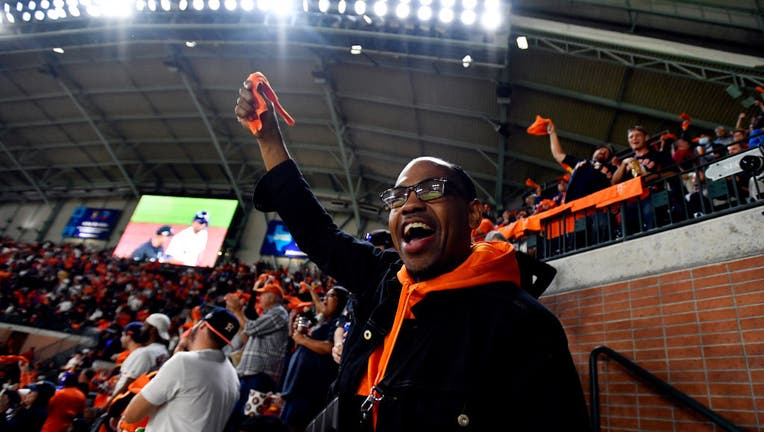 HOUSTON, TX - OCTOBER 19: A fan is seen waving a rally towel during Game 1 of the ALCS between the New York Yankees and the Houston Astros at Minute Maid Park on Wednesday, October 19, 2022 in Houston, Texas. (Photo by Logan Riely/MLB Photos via Gett

HOUSTON - Baseball is believed to be America's pastime, the sport that defines America the most, playing a massive role in the country's culture overall. And a recent survey by WalletHub found two cities in Texas to be ranked among the top 20 cities for Baseball.

RELATED: How to watch the World Series at Minute Maid Park while Astros are on the road | Houston restaurants offering World Series freebies & deals

The survey looked at 30 cities and examined certain key factors including baseball fan-friendliness, performance level of teams, as well as average ticket price per game and stadium accessibility. 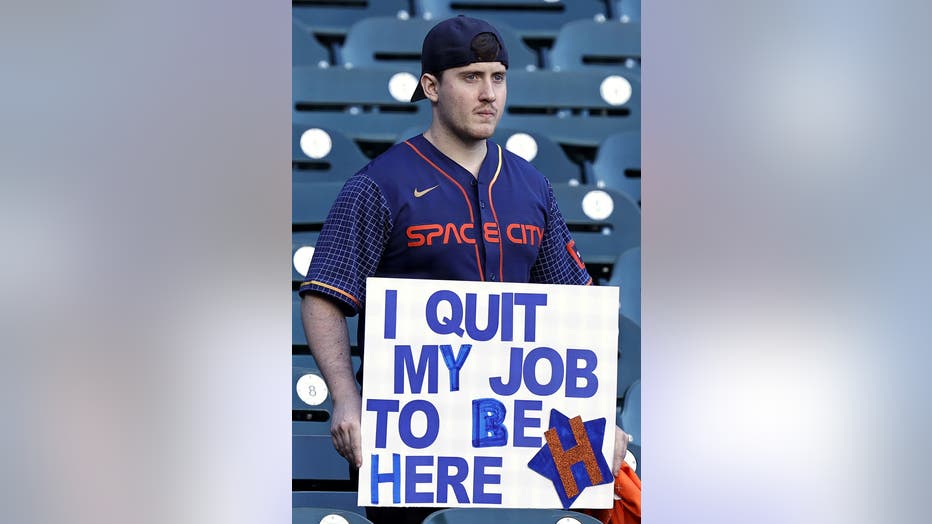 HOUSTON, TEXAS - OCTOBER 20: A Houston Astros fan holds a sign that reads, "I quit my job to be here" prior to game two of the American League Championship Series between the New York Yankees and the Houston Astros at Minute Maid Park on October 20,

Their findings resulted in Arlington and Houston to be 13th, and 17th, respectively for Best Baseball Cities. Surprisingly, Houston scored higher in their report for Best Performing, than Arlington and actually ranked 2nd best in comparison behind St. Petersburg, FL.

FOX 26 Reporter Matthew Seedorff spoke with the man who gained TikTok popularity after his impromptu TikTok post about the Astros win.

Philadelphia, which is preparing to take on Houston this weekend in the World Series, was ranked 18th, so the competition doesn't stop there. 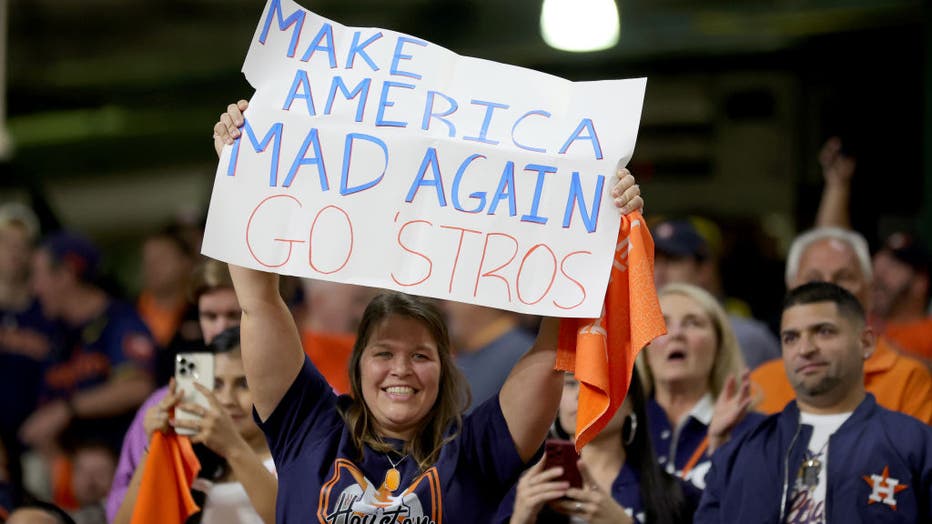 HOUSTON, TEXAS - OCTOBER 19: The Houston Astros fans cheer on their team during the fifth inning against the New York Yankees in game one of the American League Championship Series at Minute Maid Park on October 19, 2022 in Houston, Texas. (Photo by

Do you agree with WalletHub's findings? Check out how other cities fared in comparison by clicking here for the full report.