8 Propositions on the ballot for May election in Austin

AUSTIN, Texas - The May 1 general election is coming up soon for Central Texas, so here is a handy voter guide on everything you need to know before you go to the polls, including sample ballots, mail-in ballot information, and polling locations.

Are you registered to vote?

To vote in Texas, you must be registered. Voters can check online to see if they are currently registered to vote.

Unfortunately, the deadline to register to vote in the May general election has passed, as voters must be registered to vote 30 days prior to election day in order to participate.

When does my voter registration become effective?

It becomes effective in the precinct of your address 30 days after the application is received. The voter registration certificate will then be mailed within 30 days

You are eligible to register to vote if you are: 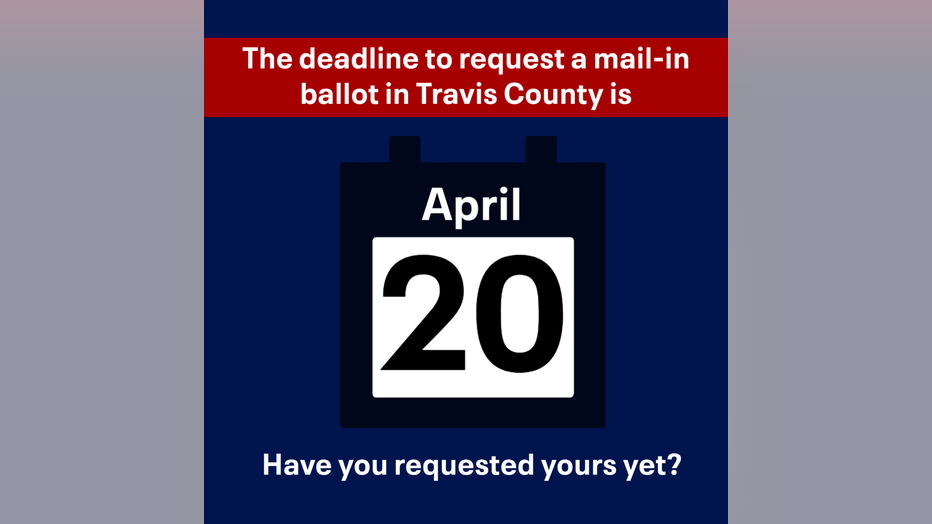 The last day to apply for a ballot to vote by mail is Tuesday, April 20. The application must be received, not postmarked by that date.

Applications can be dropped off in person or submitted by fax or email, but hard copies must be received within four business days. You can print out your own application, contact your local elections office to receive one, or request one from the secretary of state’s office.

You are eligible to vote early by mail if you are a registered voter who is:

For more information on applying for vote-by-mail, click here. 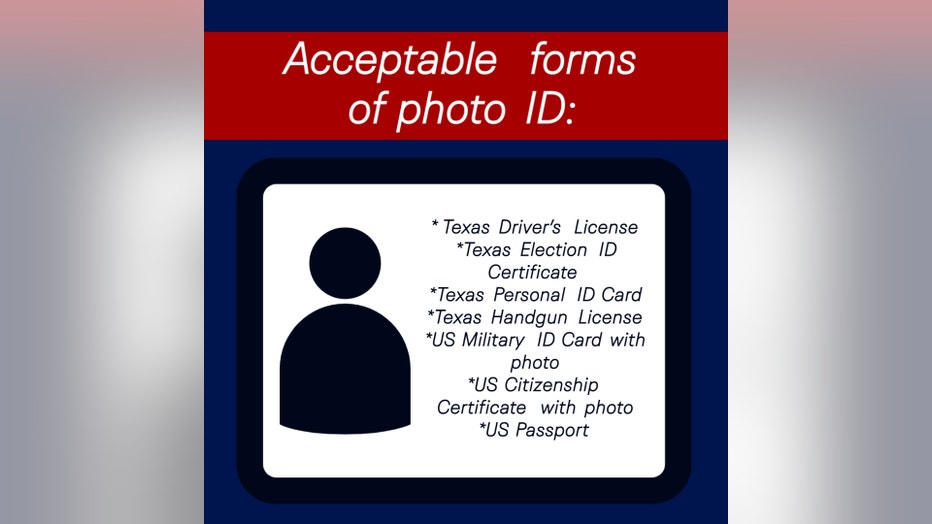 In order to vote in the state of Texas, voters have to present a valid form of photo ID at the polls. The following are acceptable forms of photo ID in Texas:

Don't have an accepted photo ID?

Voters can also bring one of the following in order to execute a "Reasonable Impediment Declaration" if they do not have one of the accepted forms of ID and cannot reasonably obtain one:

What's on the ballot?

The city of Austin has placed eight propositions on the ballot for the May general election, including Proposition B, which would reinstate the homeless camping ban.

Proposition A gives the Austin Firefighters Association the authority to require the city to participate in binding arbitration of all issues in dispute with the Association if the City and the Association reach an impasse in collective bargaining negotiations.

Proposition B will reinstate the homeless camping ban that the council repealed in 2019 and also limit panhandling to specific hours of the day.

Proposition C will allow for the Office of Police Oversight to become more independently operated.

Proposition D will let voters change the date of the mayoral election to coincide with the presidential election, meaning the candidate elected in 2022 will only serve two years.

Proposition E will allow for ranked-choice voting in city elections, which would eliminate runoff elections.

Proposition F would change Austin to a strong-mayor system, which will eliminate the city manager position and designate an elected mayor as the chief administrative and executive officer of the city with veto power over all legislation, including the budget; and with sole authority to hire and fire most department heads and direct staff, and with no articulated or stated charter authority to implement Council decisions.

Because of the massive change this could make, looking like it will be on the ballot, they are now ironing through what the may ballot will look like.

Proposition G would amend the City Charter to add another city council district, resulting in 11 members elected from single-member districts.

Proposition H will adopt a public finance system that would require the city clerk to provide up to two $25 vouchers to every registered voter who then can contribute them to candidates for city office that meet certain requirements.