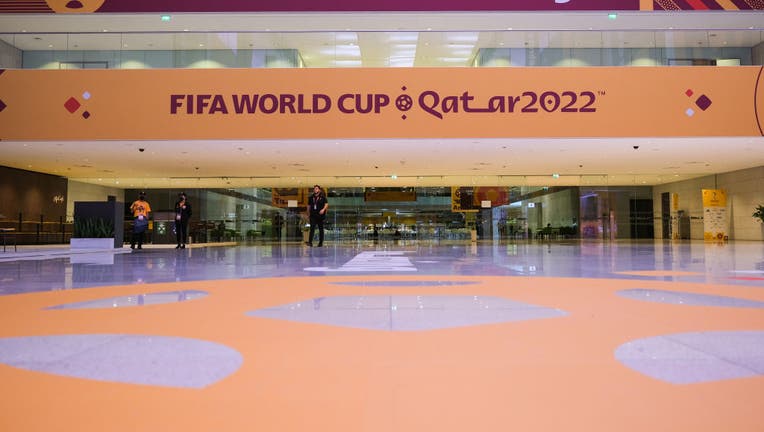 With the 2022 FIFA World Cup quickly approaching, there are several stadiums that will be used throughout the tournament in the country of Qatar.

Here's a look at where the games will be played:

The opening game of the tournament featuring Qatar vs. Ecuador on November 20 will take place at Al Bayt Stadium, which holds a capacity of 60,000 fans. The location, which is in Al Khor, Al Bayt Stadium will also host the opening ceremony and takes design inspiration from traditional tents of the nomadic people of Qatar and the region.

Over in Al Wakrah, Al Janoub Stadium, which holds a capacity of 40,000 fans, will host group stage and round of 16 games. The stadium features a curvilinear postmodernist and neo-futurist design with a roof inspired by the sails of traditional Dhow boats used by pearl divers in the region and the Persian Gulf.

Following the World Cup, the capacity will be reduced to 20,000 and be the home of Al-Wakrah SC.

In Doha, Al Thumama Stadium, will welcome a capacity of 40,000 people for the group stage, round of 16 and quarterfinals games. The design of the stadium takes its inspiration from the traditional taqiyah hat worn by men and boys across the Middle East, while a 540,000 sq. ft. park surrounds the stadium.

For the 44,740 fans in attendance at Ahmad Bin Ali Stadium, they will experience the group stage games as well as round of 16 matches. One interesting fact about this stadium: It was constructed on the site of a demolished previous stadium and 90% of materials from the prior stadium were reused or recycled with the new project.

In Al Rayyan, Education City Stadium, which holds a capacity of 45,350 fans, will host the group stage, round of 16, and quarterfinal games.

Following the tournament, the stadium will be reduced to 25,000 seats and be used by local university sports teams.

Another amazing stadium in Al Rayyan will welcome 40,000 soccer loving fans to the World Cup. The stadium will host group stage, round of 16, and the third place game.

The stadium was opened in 1992 and is named after Khalifa bin Hamad Al Thani, former Emir of Qatar.

Lusail Stadium is one of the biggest stadiums in all of Qatar for the 2022 FIFA World Cup. The stadium will host 80,000 fans for the group stage, round of 16, quarterfinals, semifinal, and finals.

The stadium is designed to mirror the ancient Arab craft of bowl weaving and is encircled by a reflective pool of water that attendees cross over when entering the stadium.

Following the World Cup the stadium will be reduced to 40,000 with seating removed and other parts of the stadium being repurposed with shops, cafes, athletic/education facilities, health clinic.

16 floating hotels (101 guest rooms) are being designed to sit on the surface of the water 15 minutes from the stadium. These hotels will be sailed to other coastal locations after the World Cup for other events.

The stadium is the first fully dismountable stadium, meaning it will be taken apart after the tournament to be used in other construction in the region. The stadium location will then be transformed into a waterfront site with green space.

The stadium, which received a 4-star rating from GSAS, will be constructed using shipping containers, removable seats, and other modular building blocks.