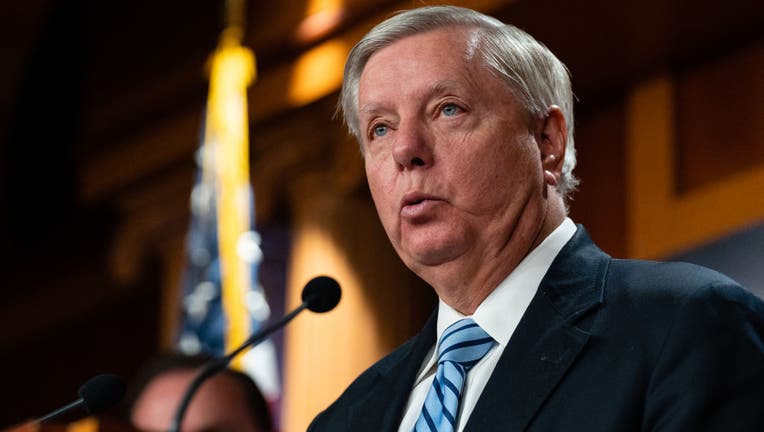 Senator Lindsey Graham, a Republican from South Carolina, speaks during a news conference.

A bipartisan group of U.S. lawmakers flew to Taiwan for an official visit Thursday, defying threats from the Chinese government.

Lawmakers from both the House and Senate landed in the country Wednesday morning to a warm welcome from Taiwan President Tsai Ing-wen. The Chinese government soon released a statement condemning the visit.

The lawmakers are among the most high-level U.S. officials to visit Taiwan. Mainland China argues Taiwan is a rogue region of China and not an independent country.

The U.S. has tenuously respected that designation for decades, even while sending military aid and occasional visits from U.S. officials to support Taiwan.

"China firmly opposes any form of official interaction between the U.S. and China’s Taiwan region," the spokesperson for the Chinese government tweeted Thursday.

Fears that China may move to invade Taiwan have risen in recent years, thanks to China's increasing aggression in the region, including frequent air force flights near Taiwan's airspace.

The U.S. delegation in Taiwan will meet with President Tsai and is scheduled to depart Friday.

Get updates on this story at Foxnews.com.