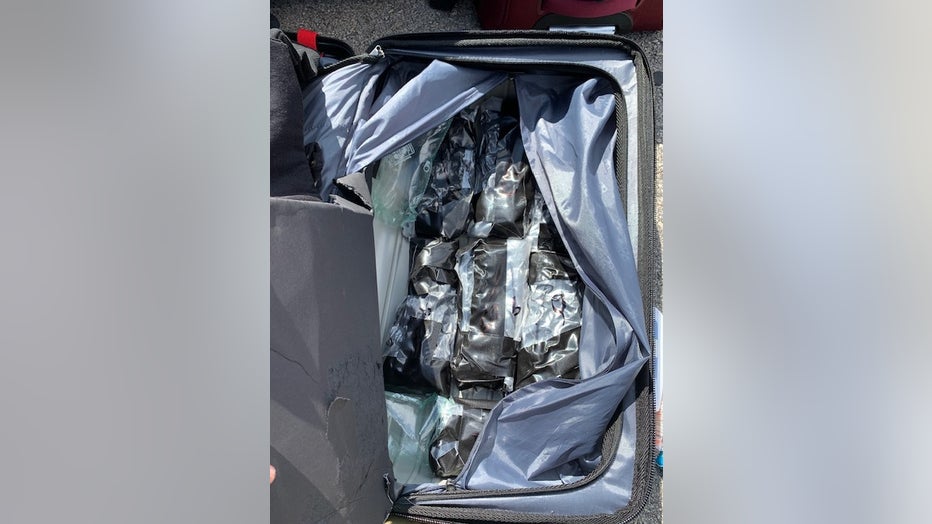 The fentanyl, which has a street value of approximately $637,000, was found in a suitcase that had been altered to hide it. (Fayette County Sheriff's Office)

FCSO says after the sergeant and his K-9 partner spoke to the driver and passenger, they observed "many criminal indicators" and received consent to search the SUV. The search revealed approximately 7.2 pounds of raw fentanyl in a suitcase altered to conceal it.

The fentanyl has a street value of approximately $637,000. Jose Guadalupe Ramos, 45, of Mission, was arrested for felony drug possession and transported to the Dan R. Beck Justice Center.

Fentanyl, according to the National Institute on Drug Abuse, is a powerful synthetic opioid analgesic similar to morphine but 50 to 100 times more potent.  It is also a Schedule II prescription drug, and it is typically used to treat patients with severe pain or to manage pain after surgery.