What exactly happened leading up to Broussard’s disappearance is still not known at this time. An affidavit released by Travis County District Court is shedding more light though on&nbsp;her disappearance and the multiple agencies that worked together to find her.

AUSTIN, Texas - An affidavit released by the Travis County District Court is revealing new information into the disappearance and murder of Heidi Broussard. 33-year-old Heidi Broussard and her daughter Margo Carey were reported missing from the Austin area on December 12.

RELATED: Funeral for Heidi Broussard to be held in Louisiana

The body of the Austin mother was found in the Houston area after she'd been missing for more than a week.

Magen Fieramusca, the so-called ‘close friend’ of murdered South Austin mother Heidi Broussard, has been implicated in her death and her daughter Margo Carey’s kidnapping. She has now been charged with kidnapping, a third-degree felony, according to the affidavit. 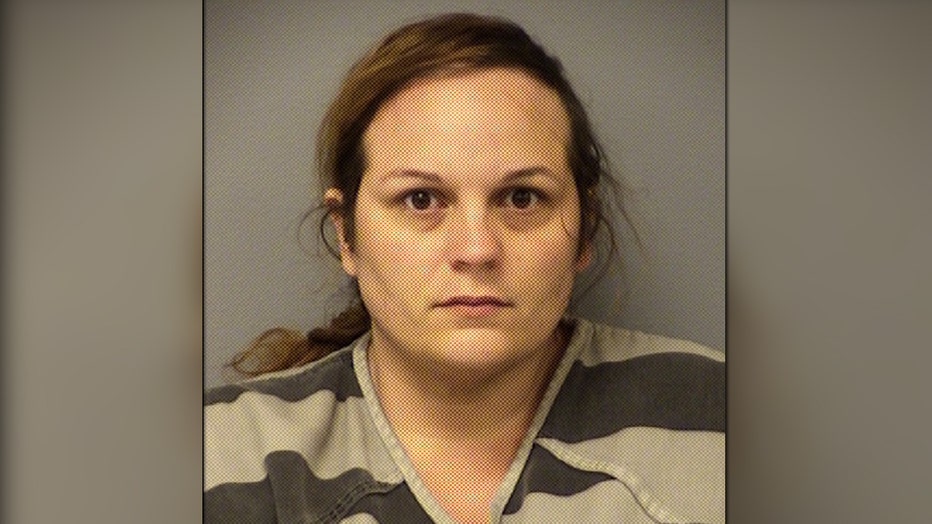 What exactly happened leading up to Broussard’s disappearance is still not known at this time. An affidavit released by Travis County District Court is shedding more light though on her disappearance and the multiple agencies that worked together to find her.

Editor's note: The following details may be distressing to some.

Heidi Broussard and Margo were reported missing December 12 after Broussard dropped off her 6-year-old son at Cowan Elementary School in Austin. Police said Broussard and her baby returned home, where their belongings were found, before disappearing.

During the course of their investigation, officials learned about Magen Fieramusca.

Magen Fieramusca, who was known to also go by the last name Humphrey, was a 'close friend' of Heidi's. They met around ten years go while attending the Texas Bible Institute in Columbus, Texas. Magen and Heidi would speak regularly on the phone, according to Heidi's boyfriend Shane Carey.

Shane Carey was under the impression that Magen and Heidi had become pregnant at the same time in 2019. Shane saw Magen holding her hands to her apparently pregnant stomach, appearing to support the weight of her unborn child, according to the affidavit.

When Heidi's water broke on November 25, Magen was alerted to the impending delivery.

RELATED: FBI specialty child abduction team one of the many units who aided in the search for Austin missing mother and baby

On November 26, Magen drove from her home in the Houston-area to South Austin while she was approximately 37 weeks pregnant. That afternoon, Heidi and Shane gave Magen a key to their apartment in South Austin so she could stay with them.

Magen was present when Margo Carey was born at St. David's South Austin Hospital on November 26, according to the affidavit. The affidavit talks about how Magen interjected herself and asked to hold newborn Margo Carey immediately after Shane Carey's father was handed her, stating that she needed to leave.

Magen stayed with Heidi and Shane in Austin until November 27. On December 8 or 9, Shane learned from Heidi that Magen had delivered a baby girl. He was not shown any photographs of the child.

During the course of their investigation, officials requested records from Google, Inc. related to Magen's email address. A review of the search history identified a Google search for "reasons for Amber Alert" performed at 10 30 p.m. on December 12 - the day of Heidi and Margo's disappearance. To date, an official AMBER Alert has not been released for Margo Carey.

A Google search for "Amer alert issued Austin" was also performed by Magen that night.

A full review of searches performed by Magen between November 11, 2019, and December 18, 2019, revealed some form of "Heidi Broussard" was searched at least 162 times. On December 14, a search was conducted using her Google account for the words "bodies found in Austin, Texas."

FBI agents and Texas Department of Public Safety investigators began conducting surveillance on Magen's residence on December 19, a Texas DPS helicopter was used for aerial observations. The helicopter operator noted a vehicle parked in the backyard of the residence. The vehicle was parked in a manner consistent with an attempt to conceal the vehicle from public view, according to the affidavit.

Shane Carey told officials involved in the investigation that Magen was in a relationship with Christopher Green, whom she lived with. FBI agents observed Christopher Green leave the residence on December 19 and drive to a Target store.

Christopher was seen shopping for baby clothes and formula inside the store.

As Christopher was leaving the Target, investigators with Texas DPS spoke with him. Christoper Green told DPS investigators he was in a relationship with Magen since 2016 and lived together. Christopher also said he and Magen broke up in March 2019, however, both parties remained at the residence.

Christopher said Magen became pregnant in the spring of 2019.

Texas Rangers showed Christopher Green a flyer produced by the National Center for Missing and Exploited Children featuring images of Heidi Broussard and Margo Carey. Christopher looked at the flyer and stated, "that's the baby at my house."

Texas Rangers spoke with Magen outside her residence in the Houston area, according to the affidavit. Magen told rangers that she went to a birthing center in The Woodlands, but that she could not remember the name of the birthing center in which she reportedly gave birth. Magen stated that the only people present during the delivery were employees of the "birthing center."

Members of the Texas Department of Public Safety went to Magen's residence to perform a welfare check on the newborn. A young infant child whose physical appearance was consistent with Margo Carey's was located.

Broussard's body was found in the trunk of a vehicle parked behind the house, she had been strangled to death.

A hearing date for Magen Fieramusca has been scheduled to Monday, February 3.