FLATONIA, Texas - Almost $35,000 in cash was seized during a traffic stop near Flatonia, says the Fayette County Sheriff's Office (FCSO).

54-year-old Jose Flores of Uvalde was arrested after a FCSO drug interdiction investigator stopped his 2001 Isuzu Rodeo on I-10 near the 661-mile marker. 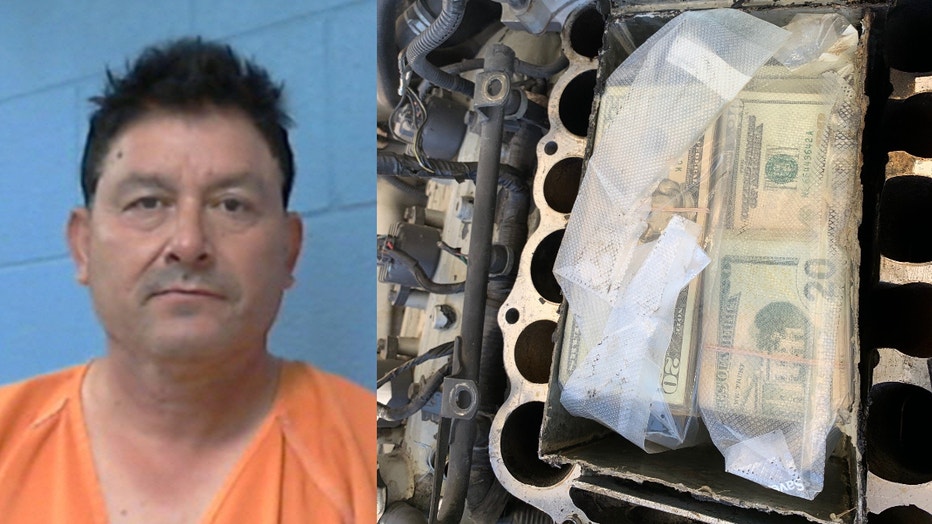 Fayette County Sheriff's Office (54-year-old Jose Flores of Uvalde (left), and the vacuum-sealed bundles of money allegedly found inside a compartment in his engine area.)

FCSO says during contact with the driver, the investigator noted criminal indicators and received consent to search the vehicle, finding an aftermarket false compartment in the engine area under the manifold.

Inside the compartment were several vacuum-sealed bundles of US currency, totaling $39,490, according to FCSO.

Flores was transported to the Dan R. Beck Justice Center and has been charged with felony money laundering.