Austin police are looking for the person who robbed the Dan's Hamburgers in South Austin. Officers searched for the suspect nearby the Ann Richards School for Young Women Leaders.

AUSTIN, Texas - A search for a robbery suspect in South Austin caused the Ann Richards School for Young Women Leaders to be placed on "secure" on January 18.

The Austin Police Department says a person robbed a Dan's Hamburgers located in the 4300 block of Menchaca Road near Ben White Boulevard at around 11:55 a.m. Officers searched for the suspect in the area which was close to the Ann Richards School. The school was placed on "secure" for a couple of hours as the search was going on. 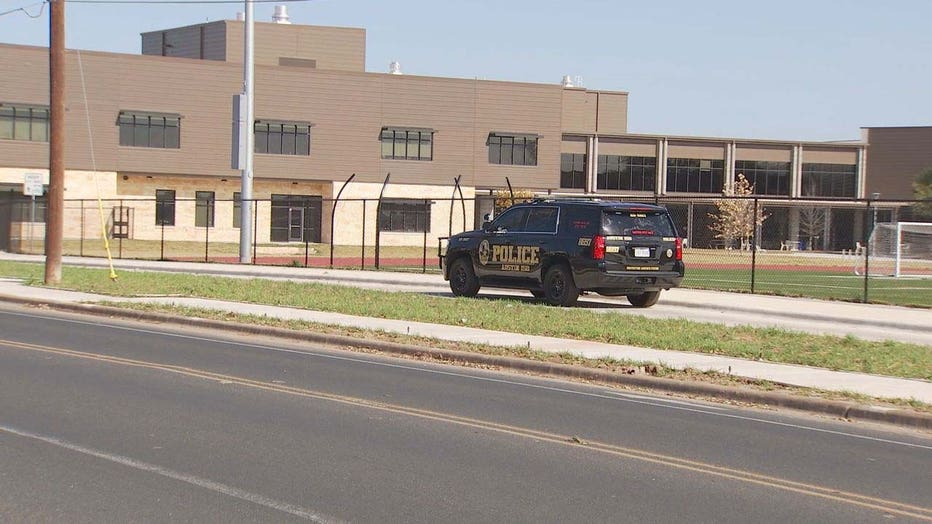 Austin ISD Police Department vehicle is seen in front of Ann Richards School for Young Women Leaders on January 18, 2022. The school was placed on "secure" as Austin police searched for a robbery suspect.

Officials say "secure" is used when there is a threat on the outside of the building. All staff and students are instructed to get inside buildings, lock outside doors, and conduct business as usual.

Police called Air 1 and K9 units to the scene to help in the search but the suspect was not found. APD has not released a description of the suspect.