AUSTIN, Texas - Four men have been arrested in connection with the shooting death of a man in North Austin in late February. 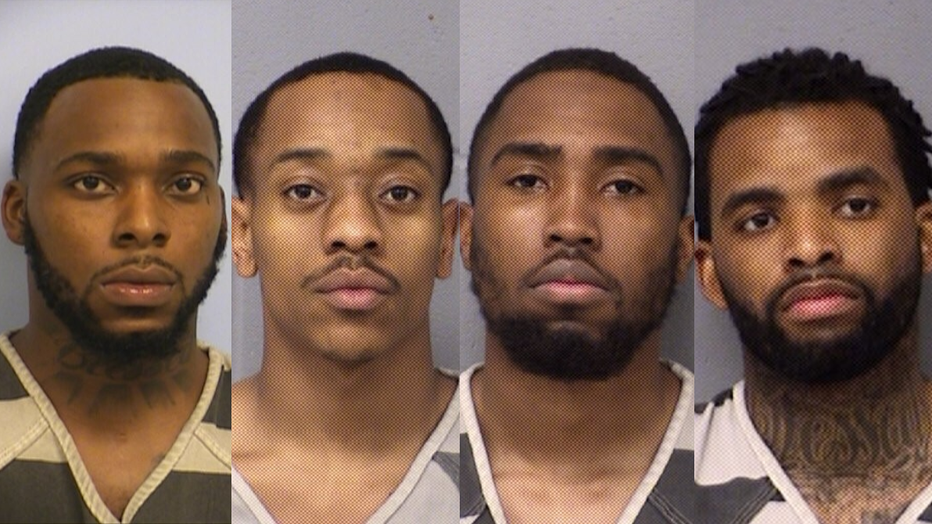 APD says that just after 11:30 p.m. on February 28, Austin 911 received a report of shots fired at the Midtown Commons at Crestview Station Apartments, near the intersection of West St. John’s Avenue and North Lamar Boulevard in North Austin.

Officers arrived and found a blood trail leading them back to Pimpton. Despite life-saving measures from both APD and ATCEMS personnel, Pimpton succumbed to his wounds and was pronounced dead at the scene.

A man is dead after a shooting late Sunday night at a North Austin apartment complex. FOX 7 Austin's John Krinjak has the details.

APD says that homicide investigators and crime scene personnel arrived to begin gathering information and processing the scene. Detectives are continuing to seek out witnesses. The motive for the shooting is not yet known.

Detectives are asking anyone with information or video of the incident to call APD Homicide at 512-974-TIPS, email, utilize the Crime Stoppers tip line at 512-472-8477 (TIPS), or the Crime Stoppers app. You may remain anonymous. Information leading to an arrest may be eligible for a reward of up to $1,000. You can also submit tips by downloading APD’s mobile app, Austin PD, free on iPhone and Android.