AUSTIN, Texas - The chaotic scene on 6th Street in the early morning hours of June 12th was the result of a face-off between two rival groups from Killeen. Austin police are still sticking to that overall narrative.

However, on Tuesday during a news conference, authorities flipped the story on who they now believe fired gunshots injuring several people and killing Douglas Kantor.

APD's new murder suspect is 19-year-old De'ondre Jermirris White. At the time of the news conference, White was not in custody. 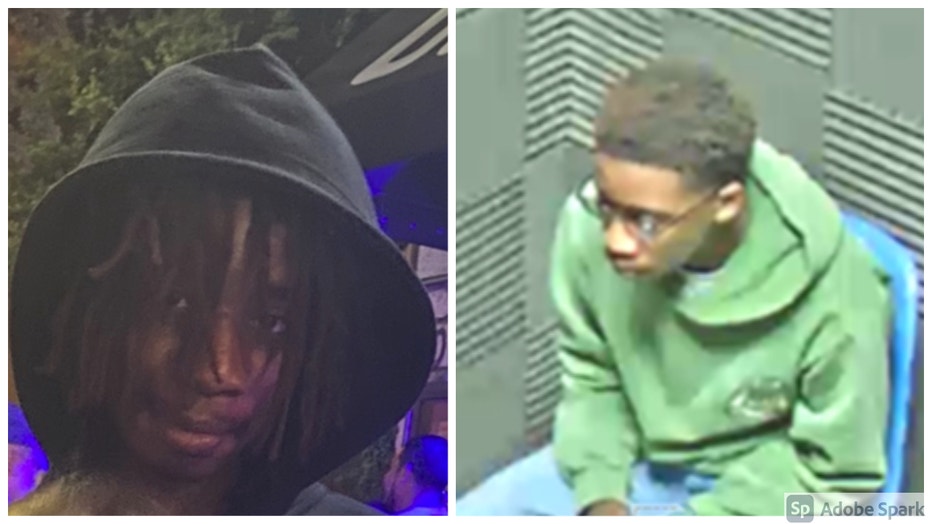 "And based now, upon multiple witness interviews, ballistic evidence, video evidence and the positions of the suspect, Mr. White, and the victims, we know that White was the person who fired his handgun striking Mr. Kantor and multiple other victims," said interim police chief Joseph Chacon.

Austin police late Tuesday said, they initially spoke to White and even took him back home to Killeen. They now believe he has cut and died his hair and is now in hiding. It's unclear if the gun used in the murder has been recovered, but shell casings found at the scene have provided additional information.

"The weapon has been linked through ballistic evidence to other violent crimes as well," said Chief Chacon.

Initially, two teenagers from Killeen were arrested. Travis County DA Jose Garza announced the charges against both were dropped.

"At this point in the investigation, dismissing these charges is what is in the best interest of this investigation, and ensuring we can move forward and put together the best case we can as we focus on the person who is primarily responsible for the injury and death that took place on 6th Street," said Garza.

A statement from Garza said in part, "… there is not sufficient evidence that either of these gentlemen fired a shot, nor is there sufficient evidence to seek an indictment. With the evidence we have right now, the law requires our office to dismiss the charges, but the office has not made final charging decisions as to anyone involved."

The attorney for the 17-year-old who was charged with aggravated assault issued a statement to FOX 7:

"[The 17-year-old} has maintained all along that he was not the shooter. No deals to cooperate were made. He is eager to get home. We are hopeful that the story and headlines regarding his release are reported with the same zeal and fervor as the national headlines which wantonly and wrongfully labeled him as the perpetrator."

Police identify De'Ondre White as a third suspect in the mass shooting that killed Douglas Kantor and injured multiple others.

"These two individuals were involved, OK. This is not people who were innocent bystanders, or somehow incorrectly identified as being involved in this case," said Chief Chacon.

When pressed Garza acknowledged he was allowing the two to leave jail.

During the news conference, the 17-year-old was released from jail. Its believed the juvenile has also been released. Fox7 asked the chief why his department wasn't trying to prevent that.

"I think that the DA has indicated that he is not going to pursue charges at this moment, against those individuals, and it doesn't make sense to refile and have him re-dismiss," said Chief Chacon.

FOX7 noted APD seemed to have probable cause to pursue other charges related to gun possession and being involved in the incident. "The paperwork has been processed. The decision to charge, or not, lies with the DA's Office," responded Chacon.

U.S. mayors join together to call on Biden to reduce gun violence

Mayors from across the country are calling on President Biden to take further action to reduce gun violence.

Officials with the Killeen Police Department did not put a hold on the 17-year-old from being released from the Travis County Jail, even though he is a suspect in the shooting there. FOX7 was told the victim in that case is not cooperating with KPD's investigation.

Nick Kantor, the brother of 25-year-old Doug Kantor who was killed in the shooting, issued a statement following the announcement, saying:

"I would like to know why De'ondre White was released when he was already in police custody for questioning early last week? Why the other two who were involved in a shooting prior to this one were released especially after being caught with illegal firearms in their possession? What is the DA’s plan and how does he think that releasing gang members back into society is safe for the public? Where are there background checks for the 15yr old minor, [17-year-old] and De'ondre White for the guns that they had? Why did it take an entire week after capturing [the 17-year-old] to figure out that there was a third shooter? Why has the Biden administration not acknowledged my brother's tragedy and offered any condolences? They have issued condolences for numerous gun violence victims where is there sympathy for my brother who is completely innocent in this?"