AUSTIN, Texas - One man was killed, another person was taken to the hospital after a fight in East Austin early Sunday morning.

“[The victim is] currently receiving treatment and at this point in time are expected to survive.” Austin Police Officer Michael Bullock told reporters Sunday.

Bullock says police received a report of a “large social gathering” at a club Sunday morning. FOX 7 Austin was able to confirm the gathering took place at the Rolling Rooster - Victory Grill. Just after 2 a.m. Bullock says a fight broke out outside the club, and those in the area reported hearing gunshots. When police arrived they found one man dead, and another injured.

"We're investigating the exact nature of the injury so I can't tell you definitely if that was the injury or not, all I can tell is when we got the 911 calls, that gunfire was reported in the area," said Bullock. 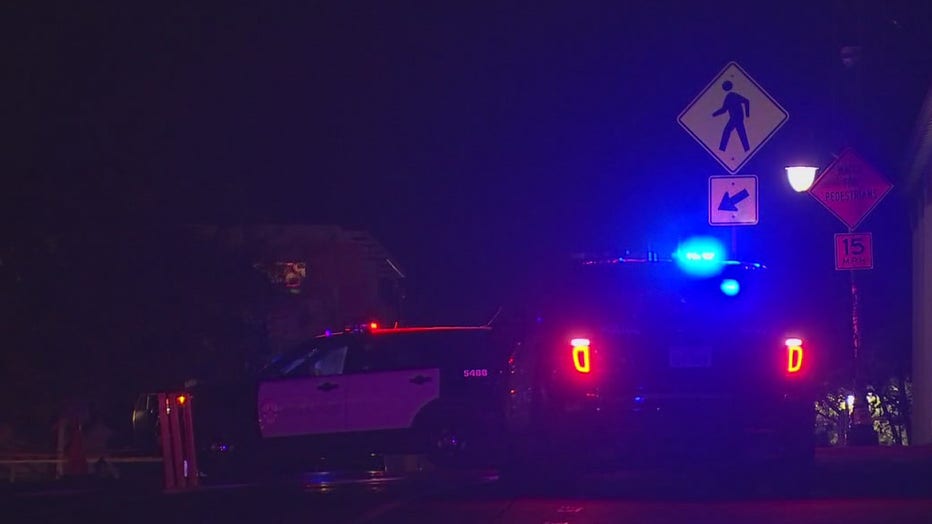 Austin police are investigating a fatal incident on East 11th Street after reports of gunfire in the area.

Sara Hannon lives near the club, the shots woke up her and her husband. “We heard a car squealing away. I mean, we were nervous -- we got down on the ground out of our bed,” she said.

Hannon says living near the club has “been a headache.” She says she has made numerous 311 calls since they opened this spring for noise, fights, and unrelated gunshots. Several other people who live near the club and asked to remain anonymous, expressed similar concerns.

“The patrons, they’re in party mode. So they forget that they’re in a neighborhood,”  said Hannon.

FOX 7 Austin made numerous attempts to reach out to the owner, and management of the club Sunday. Management confirmed that the shooting happened off property.

“I felt like this was gonna happen and now it’s happened and it’s really sad,” said Hannon.

A neighborhood meeting is scheduled for 6:30 p.m. Wednesday in Lott Park at Curve and Olive Street. On Sunday, the “public disturbances and shooting” were the “only agenda item.”

Anyone who has any video of the incident or knows what happened is asked to call APD Homicide at 512-974-TIPS (8477), email them at homicide.apd@austintexas.gov, use the anonymous Crime Stoppers tip line at 512-472-TIPS (8477) or use the Crime Stoppers App. You can also submit tips by downloading APD’s mobile app, Austin PD, free on iPhone and Android.