Good news everyone! The first week of April will be the perfect time to see several planets and famous stars in the night sky, according to Sky & Telescope.

Keep your binoculars and telescope handy because you just might catch a glimpse of Venus, Mars and Saturn several times this weekend and into next week.

About 45 minutes before sunrise on Saturday, set your sights due southeast and look about 10 degrees above the horizon. You should see Venus shining brightly, according to Dr. Rick Fienberg, former press officer for the American Astronomical Society and current senior contributing editor of Sky & Telescope.

Stargazers should also be able to see Mars and Saturn shining faintly just to the right of Venus, Fienberg said. Remember to look for a red and golden glow.

Still looking southeast, about an hour before sunrise, Mars and Saturn will appear next to one another, according to Earthsky.org.

Venus will still be visible just a few notches left of the Mars and Saturn conjunction.

A conjunction is when two or more objects appear to "meet" in the night sky. 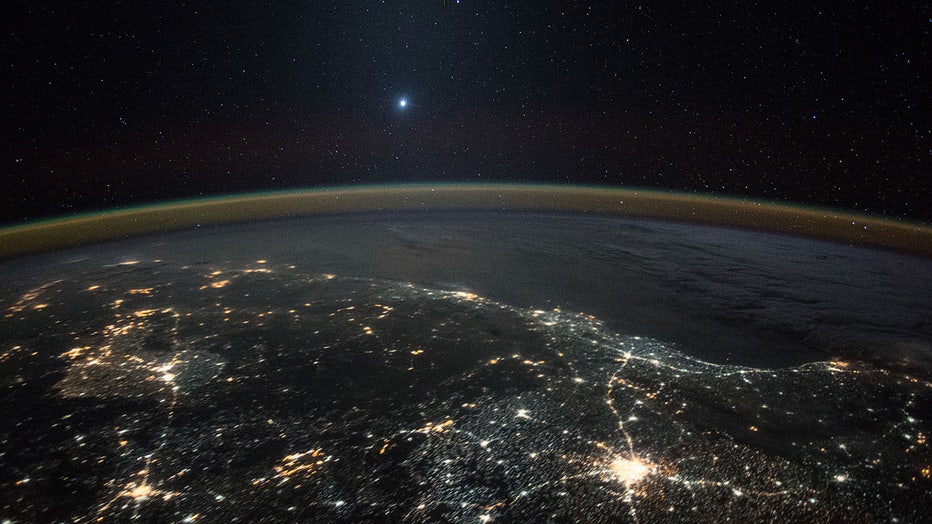 On the evening of April 4 and 5, about an hour after sunset, stargazers should get a solid view of the Hyades star cluster and Pleiades star cluster, according to Earthsky.org.

The Hyades cluster is shaped like a "V" and the Pleiades cluster, also known as the Seven Sisters, should look like a clutch of tiny stars bunched together.

Look for the moon and the clusters should be just west and northwest.