Granbury ISD responded to leaked audio from January, in which the district's superintendent tells school librarians to pull books that focus on sexuality and gender. Shortly after that. more than 100 titles were removed for review.

GRANBURY, Texas - A North Texas school superintendent is making no apology for ordering some books off library shelves. In leaked audio, he defends the move which follows the demands of Republican lawmakers.

A report from NBC News, ProPublica and the Texas Tribune revealed a leaked recording of Superintendent Dr. Jeremy Glenn from a January meeting in Granbury ISD, southwest of Fort Worth.

Dr. Glenn told the librarians there was no place for books in school libraries that discuss transgender people or sexuality issues. He said students should not have access to those books even if the books don’t describe sexual conduct.

Glenn said there’s a place for every book, and he said sometimes that place may not be in a school library.

The discussion followed accusations from Gov. Greg Abbott that some Texas school districts were making pornography available in school libraries.

"We are going to pull books off the shelves, especially the 850 books that were put forth by Rep. Krause. We will pull any of those books in our library, plus any that we think do not conform. We will let the committee go through them and if they're ok with it, we'll put them back on our shelves," the superintendent said. "It's the transgender, the LGBTQ and the sex - sexuality in books. That is what the governor has said he will prosecute people for, and that's what we're pulling out."

A local superintendent told school librarians to pull some books from shelves after Republican state lawmakers made similar demands. In a leaked audio recording, he defends the move.

In the audio, Dr. Glenn is heard telling the group members that the school board and the community are conservative and that if anyone in the group has a different belief they better "hide it."

"And I’m going to take it a step further with you. You can disagree with me if you want: there are two genders. There’s male and there’s female," he added. "Again, I don’t have any issues with what people want to believe. But it has no place in our libraries."

Following the January meeting, Granbury ISD temporarily pulled about 180 books for review. Most of them contained LGBTQ characters or themes.

The district said ultimately the review committee determined that eight books were sexually explicit and not age appropriate. 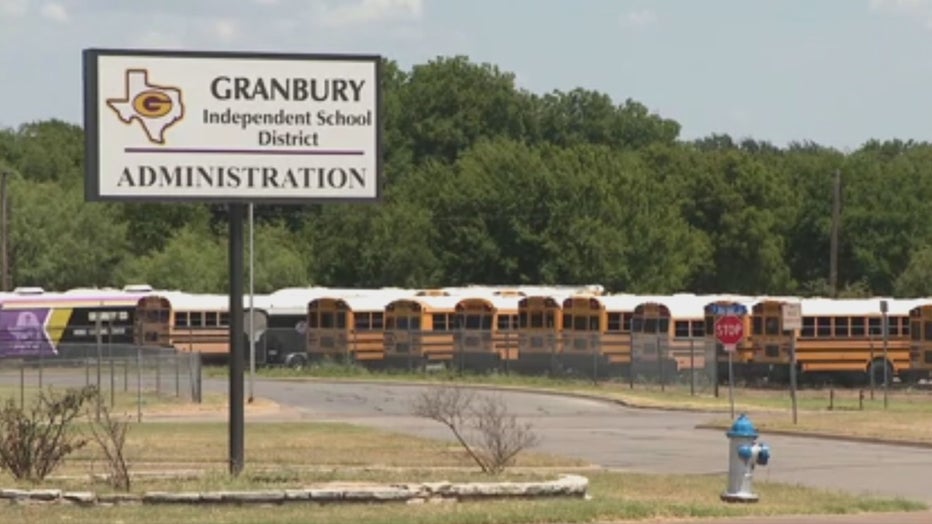 Two of the eight books did have LGBTQ themes. However, all the books that were removed had sexually explicit and/or pervasively vulgar content.

The district added it does still have books in school libraries which analyze and explore LGBTQ topics.

At a Jan. 24 school board meeting, the superintendent defended the move.

"As far as the concerns about removing books, let’s not misrepresent things," he said. "We are not taking Shakespeare and Hemmingway off the shelves, and we are not going and grabbing every socially, culturally or religiously diverse book and pulling them."

Parents like Chris Tackett were also at that board meeting. His daughter spoke in public comment, who is a student there. He believes what the district is doing amounts to nothing more than politics.

"I think the kids even called it out as such," he said.

Tackett says he bought three of the removed books.

This topic was still top of mind this week at the district’s most recent board meeting.

"I would like to applaud you all for taking the action for getting some of the problem books out of the library," one parent said.

"You have not lived long enough to reap the consequences of what it is you are desiring to hold onto," said Craig Mayberry.

"We are here, and we will protect our books, just as our books have protected us," said Granbury High School junior Lou Whiting.

In a statement, Dr. Glenn said Granbury ISD supports and values students from all backgrounds.