On Sunday, 42-year-old John Adam Henry was taken into custody for the fire at Crow Bar. Investigators believe he is also connected to more than a dozen grass and dumpster fires that were set over the weekend.

AUSTIN, Texas - The charred remains felt and smelled fresh on Monday, more than 24 hours after a fire tore through Crow Bar, a popular South Congress bar.

Saturday night into Sunday morning, multiple fires were set up and down S. Congress and S. 1st St. Investigators believe they were intentionally set.

On Sunday, 42-year-old John Adam Henry was taken into custody for the fire at Crow Bar. Investigators believe he is also connected to more than a dozen grass and dumpster fires that were set over the weekend.

"There could have been two fires right here," said Cliff Martinez, who co-owns the flower shop across the street from Crow Bar.

Sunday morning, his cameras captured video of a man that appears to walk from Crow Bar to his side of the street.

"He comes over here, and he says something like, ‘Look at the pretty flowers,’" said Martinez. "And he tries to light them on fire, but it's like he didn't have enough gas in his lighter." 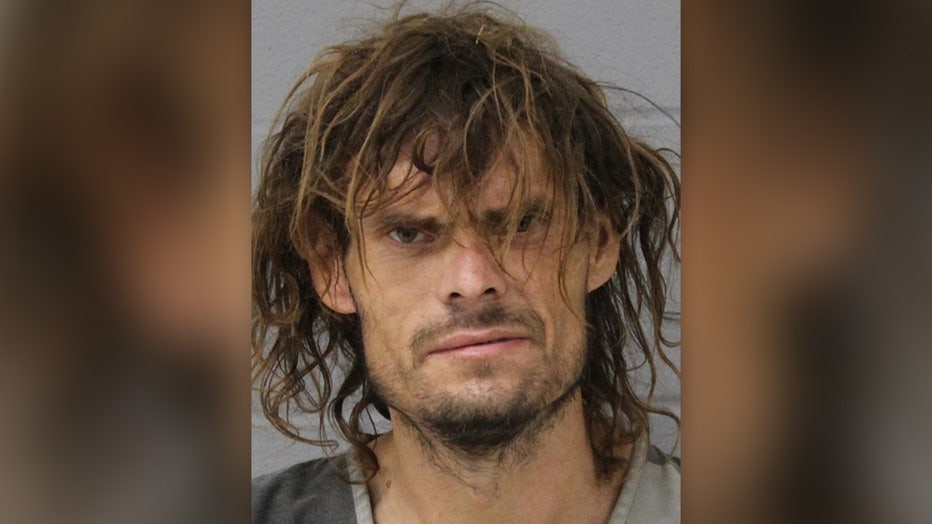 "I’ve been going there since they opened," said Hudson, operations manager of Cosmic Coffee + Beer Garden. "I’m bummed for the staff especially, they’re my homies, I love supporting them."

One of their dumpsters out back got burned, but he considers that lucky in comparison.

"It could’ve been us easily, you can jump over this fence and light the building on fire, and I could’ve been out of a job for three months," he said.

"This man tried to light our electrical system on fire shortly after Crow Bar was reported on fire," reads the caption.

"We're all hardworking folks, and we don't deserve this from our leaders," said Martinez, who believes recent incidents stem from the top. "They’ve invited thousands upon thousands of homeless and mentally challenged people to this city before even making arrangements for them. And they still haven't really done it. I've had my windows broken three times. You get people walking around on the property after dark...you need to change the leadership if you want to have order and not chaos in this city."

AFD responded to multiple overnight fires they're saying were 'intentionally set', including one at the Crow Bar on South Congress.

He’s been running his business for 40 years in Austin and has been across the street from Crow Bar since it opened. He said the two businesses look out for each other.

"I was disheartened because I know that guy, he's an entrepreneur, he's like us over here, we work hard every day," said Martinez about the owner. "That guy is hustling all the time, his employees are hustling all the time, all that hard work they've been putting in trying to bounce back from COVID, and then somebody comes over here and does this…it was infuriating to me."

The estimated cost of damage to Crow Bar is unknown. A GoFundMe was created to raise money for the employees.

Part of the GoFundMe post reads: "We are thankful no one was hurt. What we know is that our wonderful Crow Bar/Sonny Chubs Pizza staff will be immediately without employment. Some have children and could use your help getting through this rough patch. We don’t have a timeline as to when we can even begin repairing the damage to our building. This affects the livelihoods of many people and our great staff."