AUSTIN, Texas - "How many dogs do you know who like to get a bath?" asked the Austin Fire Department Friday morning.

According to a Facebook post by Austin Fire Department, a pup named "Cuddles" got it's paw stuck in a drain during bathtime!

Austin Fire deployed Engine 36, Ladder 36 and Rescue 20 to help free the pup's paw, but after several attempts failed, Austin Fire had to rethink their plan. 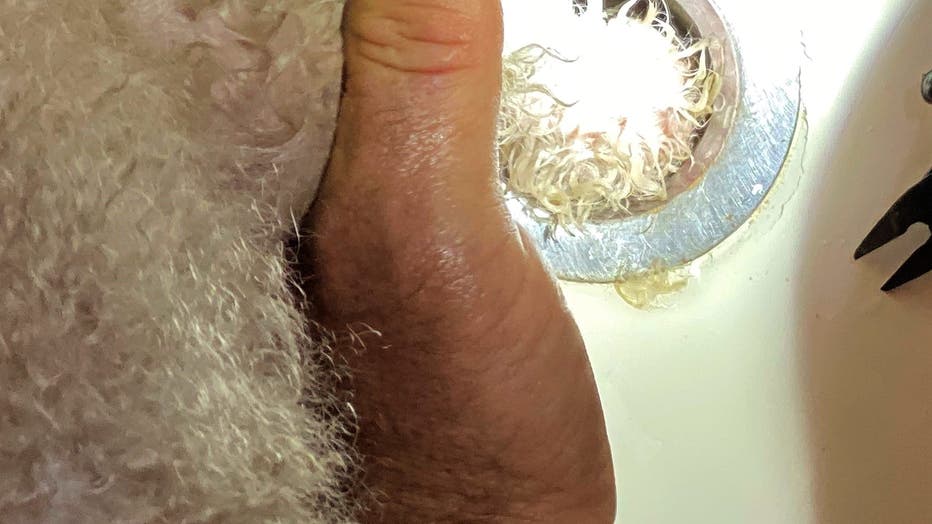 "Cuddles" paw got stuck in a drain during a bath.  (Austin Fire Department)

"In the end, they had to cut the drain out of the tub, and transport it and Cuddles to the vet so his paw could be safely removed from the drain monster's clutches."  The Facebook post stated. 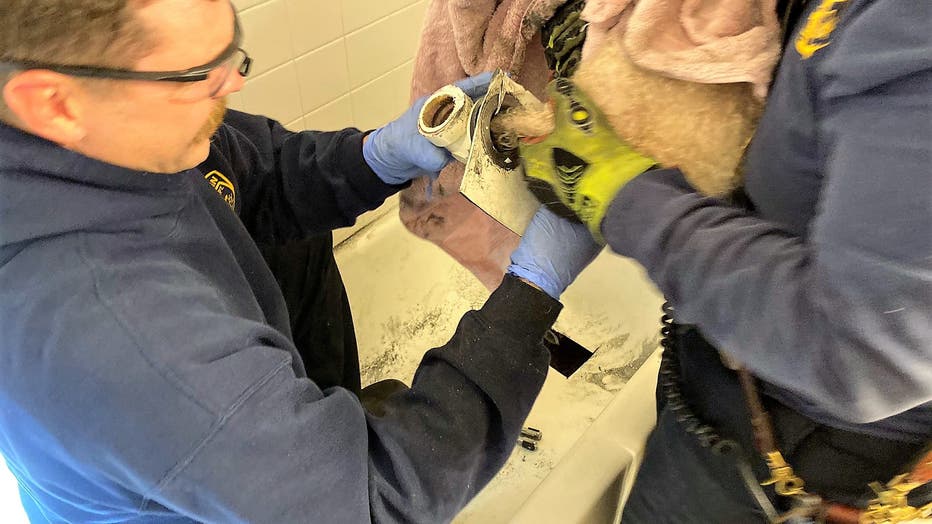 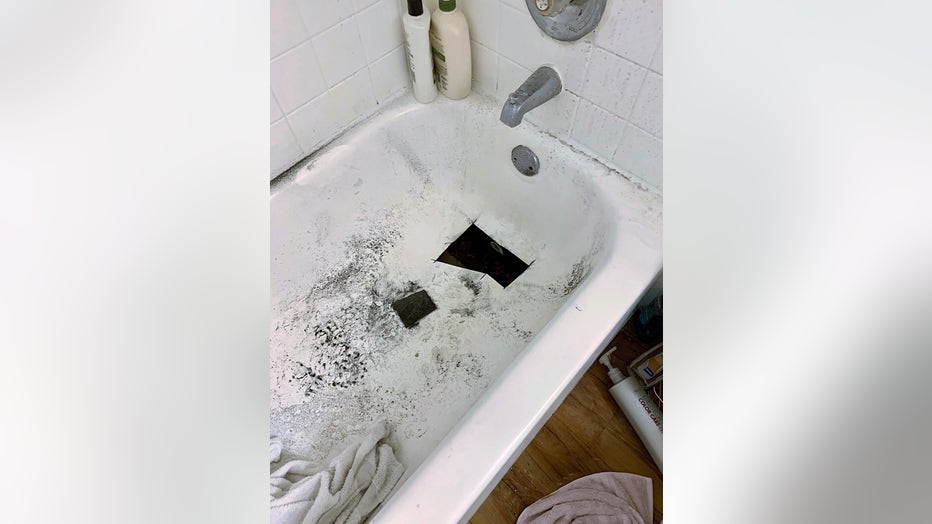 The drain was cut around "Cuddles" and his paw in order to remove it from the bathtub. (Austin Fire Department)

"Cuddles" paw was safely removed from the drain and according to Austin Fire, "Cuddles is fine and back home, patiently awaiting his next spa treatment!"