AUSTIN, Texas - Black Fret, an organization's whose mission is to enable the creation and performance of new music by Austin’s exceptional local musicians, is live streaming six hours of music from the historic Scholz Garten as well as announcing the 2020 Black Fret nominees.

The event is closed to the public and will take place on a sterilized outdoor sound stage on March 17. 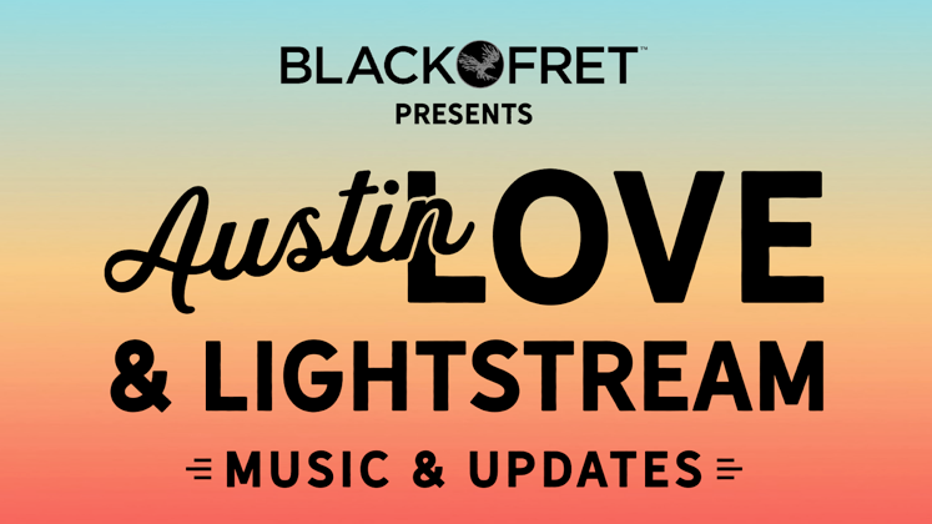 The show is scheduled to begin at 4 p.m. and will be streamed on Black Fret's website.

The schedule is as follows:

Tonight's show kicks off a planned five night run through March 21 that is aimed at celebrating the Austin music scene in a safe and responsible way to bring Austin music into living rooms all around the globe.

“Black Fret’s mission to support our local musicians with direct financial support was critical before this pandemic started,” said Matt Ott, co-founder of Black Fret says in a post on Black Fret's website.

Music in the Morning: Sydney Wright

Sydney Wright and Matt Ott talk about the upcoming Black Fret Ball which is at ACL Live Saturday night, December 7th. There will be 17 bands playing 1-2 songs each and Black Fret will award a total of $250,000 to 20 Austin acts. Sydney Wright is one of this year's nominees and performs a song she wrote with fellow nominee Superfonicos.

“In light of the cancellation of SXSW we are doing our part to mitigate some of the financial impact on our local artists in a safe and responsible way while giving those who love their cultural assets to come together and support them,” Ott adds.

Black Fret has provided more than $1.7 million in grants and payments to local musicians.

Viewers will be able to make tax-deductible donations to Black Fret for disbursement to Austin musicians and other nonprofits that provide support for our local music scene.