Austin man arrested for killing child, running him over with his car

While the driver was assaulting one of the juveniles, the SUV began to roll forward. The 13-year-old juvenile later died from his injuries.

AUSTIN, Texas - A 41-year-old was arrested for a deadly incident in South Austin this past weekend.

According to the Austin Police Department, Xavier Eliud Zarate has been arrested and charged with intentionally or knowingly causing bodily injury to a child, elderly individual, or disabled individual, a third-degree felony.

The deadly incident reportedly happened around 5:38 p.m. on Sunday, April 10 in the 1700 bock of Marcos Abrams Boulevard.

According to police, two 13-year-olds had possibly engaged in mischief earlier in the evening by throwing feces on Zarate's doorstep. Zarate reportedly told police this was an ongoing issue with the juveniles.

After feces had been thrown at his door, Zarate allegedly got into his Ford SUV with his own 4-year-old child and drove down the street to confront the juveniles. A witness said Zarate pulled up behind the juveniles on Marcus Abrams Boulevard and exited the vehicle.

While Zarate was assaulting 13-year-old Brett Cardenas, the SUV began to roll forward.

The witness told police that he saw the vehicle run over the 13-year-old and he witnessed trauma to his face, head, and arm. Zarate reportedly got back into his vehicle before it finally came to stop approximately 175-180 feet away from where it had run over the juvenile. Police believe the vehicle was never placed into park.

He died later that night from his injuries, according to police. 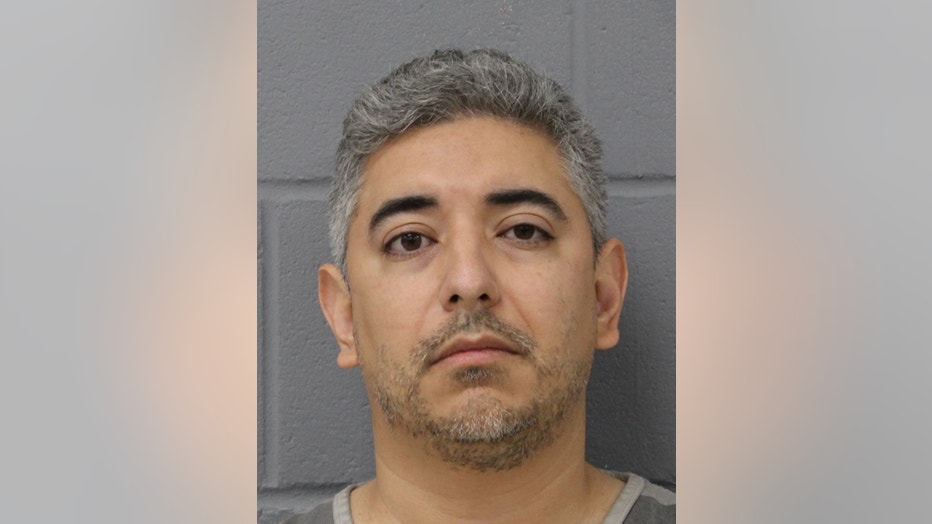 While the driver was assaulting one of the juveniles, the SUV began to roll forward. The 13-year-old juvenile later died from his injuries. (APD)