23-year-old Denis Alexi Ocampo-Maldonado has been charged with murder in the shooting death of 23-year-old Jocson Antonio Zelaya Blanco on September 12.

NEW BEDFORD, Massachusetts - The man wanted for a homicide that happened outside of an Austin nightclub has been apprehended in Massachusetts. He is being held on a $1 million dollar bond and is awaiting extradition back to Texas.

During the course of their investigation, investigators learned that Ocampo-Maldonado, who is a native of Honduras, had ties to New Bedford.

MSP’s Violent Fugitive Apprehension Section, U.S. Marshals, and the New Bedford Police Department developed information that Ocampo-Maldonado may have been preparing to flee the country and the joint investigation identified an address of interest. 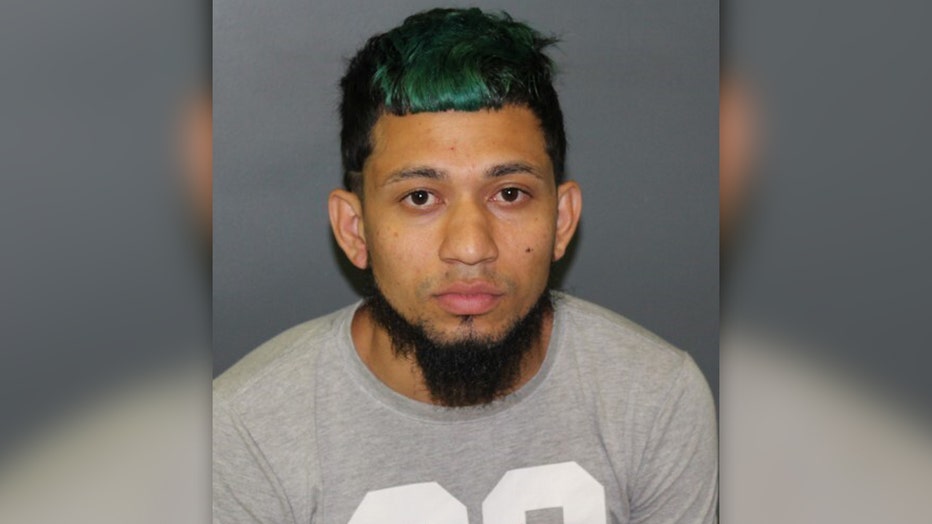 Officials say surveillance was set up at the address and they observed a vehicle with Texas license plates in the area.

A perimeter was set up around the building and the MSP apprehension team went to the door.

MSP says while there were some attempts at provocation but the team was ultimately able to search the property and located Ocampo-Maldonado in a second-floor apartment.

Ocampo-Maldonado was taken into custody and transported to State Police-Dartmouth Barracks where he was booked as a fugitive from justice on an Austin warrant for first-degree murder.

Police say they do believe they have potential suspects in mind. However, they are not yet in custody.

The Austin Police Department says on September 12 it received a call around 2:20 a.m. about a person who had been shot outside of a nightclub located in the 7600 block of North Lamar Boulevard.

When officers arrived they were directed to Blanco who had been shot several times and was laying in the parking lot.

The Austin Fire Department arrived on scene and began life-saving measures but Blanco was pronounced dead around 2:47 a.m.

The Travis County Medical Examiner's Office conducted an autopsy on September 13 and determined it was a homicide.