APF is announcing the new name and design of the Zilker Park train.

The name was picked from more than 750 names for the train that were submitted and after multiple votes by the Austin community.

In another nod and bridge to the past, the logo and branding for the Zilker Eagle was designed by Frank & Victor and features a mid-century eagle in a tie-dye design in an homage to old Austin charm and the idea to "Keep Austin Weird". 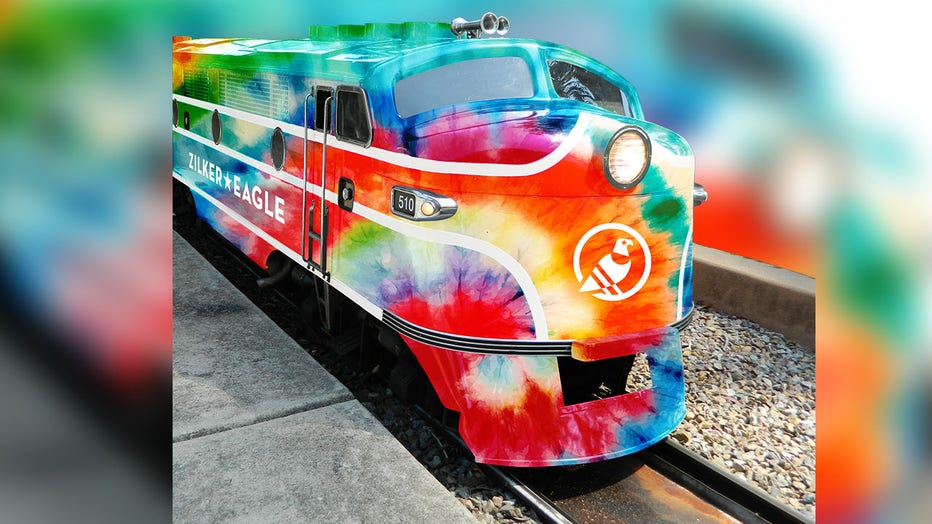 The Zilker Eagle will be an all-electric mini-train for the first time and it is designed to look like a streamlined passenger train, similar to the Texas Eagle of the Missouri Pacific Railroad that came through Austin in the 1940s and 1950s.

Changes to the train and depot will also make both more ADA accessible with multiple wheelchair accessible coaches. Proceeds from the train will benefit Zilker Park.

City of Austin working to get Zilker Zephyr back on track

The sight of barren tracks in Zilker Park is heartbreaking to those who used to enjoy the train that once rode along them.

APF is also asking artists to submit designs for an outdoor mural that will be installed underneath the Barton Springs Road Bridge as part of the new train. This year is the 60th anniversary of the train and the Zilker Eagle is expected to debut later this year in the fall.

In May 2019 the Zilker Zephyr was taken out of commission after more than two decades. It made its final appearance in February 2020.

Final appearance for the Zilker Zephyr train this weekend

The Zilker Zephyr train has been a part of the Austin community for over two decades. Recently, the owners announced the train will be shut down permanently due to rain damage and contract issues, making this weekend the last time the public can come see it.