Austin Pets Alive! took in 19 puppies after the two litters' mothers died from left outside in the heat. FOX 7 Austin's Carissa Lehmkuhl has the story.

AUSTIN, Texas - Staff at Austin Pets Alive! took in 19 puppies on Wednesday after the two litters’ mothers died from being left outside in the heat.

"It's tragic when something like this happens, and it's, and it's been a really hard summer with the temperatures that we've been seeing," said Ellen Jefferson, CEO of Austin Pets Alive!

The puppies are now in the care of staff at APA. As of Thursday afternoon, ten of the puppies had been fostered or adopted.

"Definitely in the summer months in Austin and Texas it gets way too hot for our dogs to be outside for a prolonged amount of time," said Dr. Nipuni Ratnayaka, a veterinarian with APA.

And while all dogs are vulnerable, some breeds have a higher risk.

Tips to keep your pets safe during Texas summer heat

Austin-Travis County EMS said unlike humans, pets don’t have sweat glands over their entire body, only their noses and pads of their paws.

"The ones with shorter snouts, your pugs, your bulldogs, those types of breeds, they have a lot more trouble moving air in general because of that conformation of their snout," said Dr. Ratnayaka. "So they're going to be a lot more predisposed to heat stress and heat stroke from being outside."

Last year, efforts by the Texas Humane Legislation Network resulted in the passage of the "Safe Outdoor Dogs Act" which sets a legal standard for dog owners.

"They must have access to drinkable water, they must have shade from direct sunlight and they must have some sort of adequate shelter protection from extreme elements," said Stacy Sutton Kerby, director of government relations at THLN. "Domesticated dogs are just really not acclimated to being out in this kind of heat the way a wild animal is."

Signs of a possible heat-related illness include panting and lethargy.

Those interested in fostering or adopting one of the remaining puppies can stop by APA or fill out an application online. 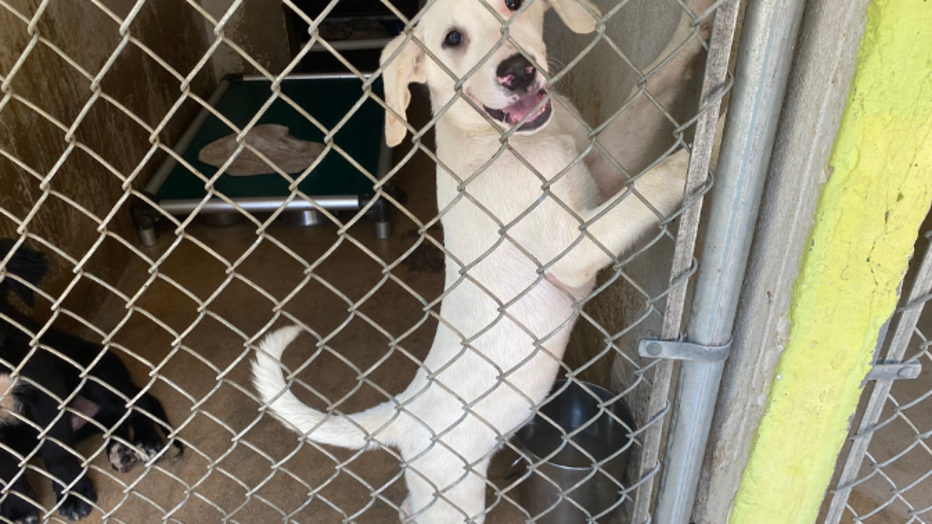