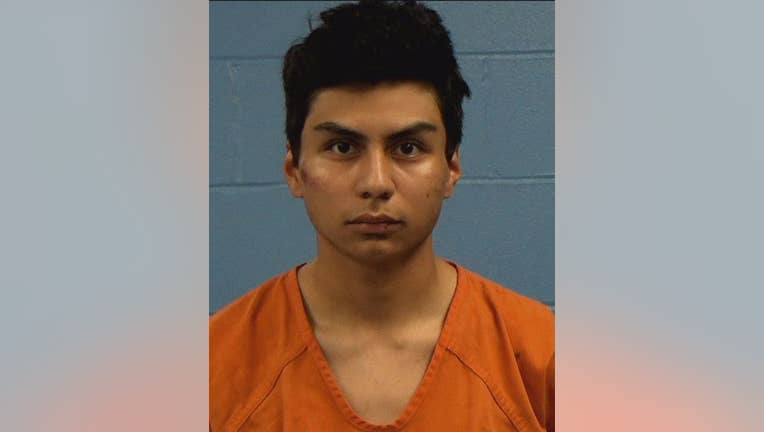 Aaron David Garza has been charged with murder and has been booked into the Williamson County Jail.

AUSTIN, Texas - The Austin Police Department (APD) has made an arrest in a fatal shooting in Northwest Austin earlier this month. Aaron David Garza, 18, has been arrested for the July 12 homicide of Joshua Cooper on Missel Thrush Drive.

Garza was arrested and has been booked into the Williamson County Jail.

According to police, Austin 911 received a call for shots fired in the 10200 block of Missel Thrush Drive shortly after 10 30 p.m. on Monday, July 12. Additional calls also came in reporting screaming following the shots being fired.

When officers arrived, they found a male, 35-year-old Joshua Cooper, lying in the street. Cooper appeared to have been shot and was unresponsive, according to police.

APD officers along with neighboring residents attempted life-saving measures until Austin-Travis County EMS (ATCEMS) arrived. ATCEMS took over but were unsuccessful in reviving the victim.

Both female victims sustained head injuries from an apparent assault, according to police. The two females were quickly assessed and transported to a local hospital with non-life-threatening injuries.

Police later learned the two females were related to the male victim.