The social media platform BeReal is advertised as a genuine way to share daily life with friends. (Credit: FOX News)

According to data analysis company Apptopia, the BeReal app launched in December 2019, but 65% of its lifetime downloads have taken place this year. Earlier this month, Apptopia reported BeReal’s monthly active users grew 315%.

So what is the BeReal app, how does it work and why is it different than other social media apps?

The French social media platform claims to encourage users to be, well, that of its name — real — and is advertised as a genuine way to share daily life with friends.

The app notifies users once per day for them to post and gives them just two minutes to take a photo of themselves or what is around them with no filters. 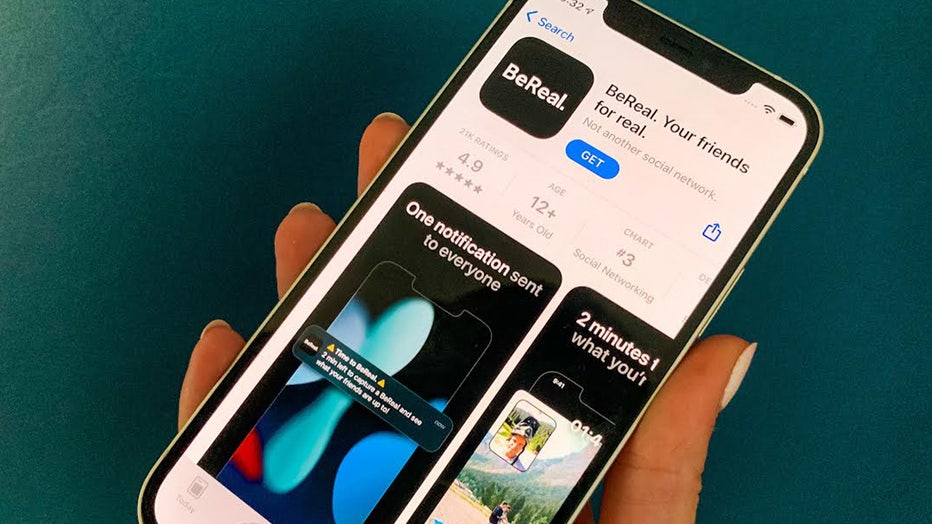 Mainly, this app is designed to give users a more authentic or accurate portrayal of a person’s life.

"Everyday at a different time, everyone is notified simultaneously to capture and share a Photo in 2 Minutes. A new and unique way to discover who your friends really are in their daily life," the company explained on its website.

Unlike other social media platforms including Instagram and Facebook, BeReal has no visible follower tallies and no advertisements.

According to Apptopia, followers of BeReal will also know if, and how many, retakes a user took before submitting the photo.

Currently, the app has almost 6.8 million users according to reports by the Mobile Market Intelligence Company. You can download the BeReal app with your Android or iPhone device.

According to additional analytics by data.ai, BeReal ranked 4th in downloads Thursday in the United States, beating out Instagram in the 5th spot.

Social media platforms geared toward young users, including Instagram, Snapchat and TikTok continue to rise in popularity, which may be why more apps — including ReReal — are trying to tap into younger demographics.

"We’re retooling our teams to make serving young adults their north star, rather than optimizing for the larger number of older people. Like everything, this will involve trade-offs in our products and it will likely mean that the rest of our community will grow more slowly than it otherwise would have. But it should also mean that our services become stronger for young adults. This shift will take years, not months, to fully execute, and I think it's the right approach to building our community and company for the long term," Zuckerberg said.

Wordle is a daily game where the user gets six guesses to come up with the five-letter secret word of the day in as few turns as possible.

RELATED: What is Wordle? What to know about the popular game among millennials

The game requires players to guess a valid five-letter word in six tries or less. After each guess, the color of the tiles will change to show how close your guess was to the word.

Wordle was acquired for an undisclosed price. The Times reported that it was "in the low-seven figures."