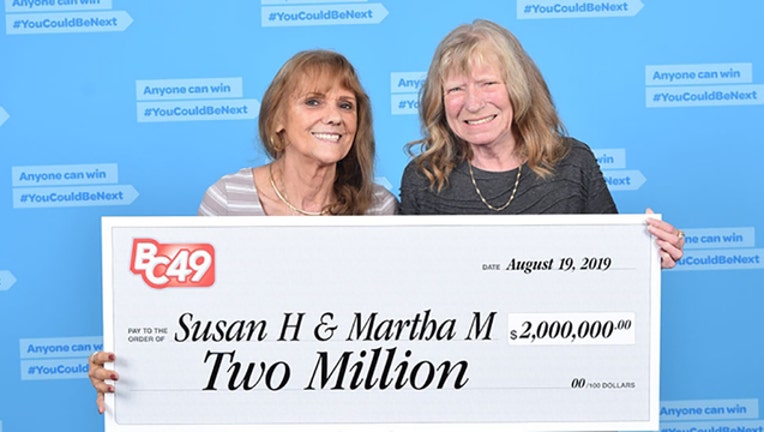 VANCOUVER (FOX 13) - Two women who have been best friends for over 50 years decided to purchase a lottery ticket together -- and are now both millionaires.

The British Columbia Lottery said Susan Hook and Martha McCallum have stuck together for over half a century, including the deaths of both of their husbands.

After the two bought the lotto ticket, McCallum checked the numbers -- but didn't realize right away that it was a winner.

“I was on my coffee break and decided to check the ticket,” she said. “I thought, ‘What do all the zeros mean?’ And I went back to work, believe it or not.”

The life-changing win came on a day that is usually difficult for the pair.

“Yesterday was the anniversary of my husband’s passing and it is quite something to know that we became millionaires on that day. I dread that day every year," Hook said.

She said the two became emotional when they realized they'd won.

"I am not a drinker but I said, 'I need a glass of wine' and we cried together," Hook recalled.

The friends say they'll still live together, and plan to fulfill lifelong travel dreams. Ultimately they said they'll make their lives "comfortable, but not flashy."