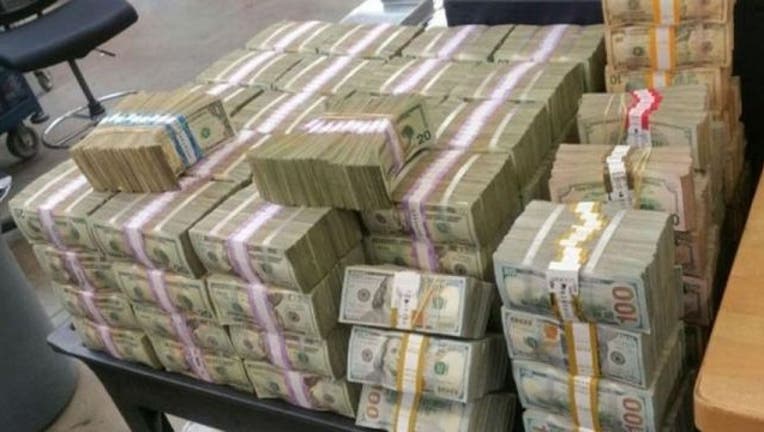 ESCONDIDO, Calif. (AP) –  The Border Patrol says it's arrested two men they believe tried to smuggle $3 million in cash into Mexico from California.

The agency says its agents tracked and stopped a Kia Forte in Escondido on Tuesday and found nearly $34,000 stashed in the car's center console.

Authorities say another car sped off as the first vehicle was stopped but it was later found abandoned nearby. That car, a Volkswagen Passat, had more than $3 million packed in boxes in the trunk.

The driver was found hiding in some brush.

Both men -- one a U.S. citizen and the other from Mexico -- were arrested on suspicion of currency smuggling.