Breast cancer survivor urges women to get their routine mammograms

LEANDER, Texas - October was Breast Cancer Awareness Month, but breast cancer is something women need to keep in mind year round.

A Leander breast cancer survivor is urging women not to skip this important screening. Amber York, a married mother of two, turned 40 in March 2020 and during her annual exam, her doctor ordered a routine mammogram, but she initially put it off.

"Three months later, in june, I found a small lump in my left breast," York said. "I was asleep one night and I woke up in the middle of the night and my hand was pushing into the lump. And that's how I woke up."

So York scheduled a mammogram which detected a mass and then went in for a biopsy.

"That ultimately led to my being diagnosed with early stage, triple negative breast cancer," York said. "I went through 16 rounds of IV chemo - where my hair fell, my eyebrows fell, my eyelashes fell. I then went on, I opted to have a bilateral mastectomy." 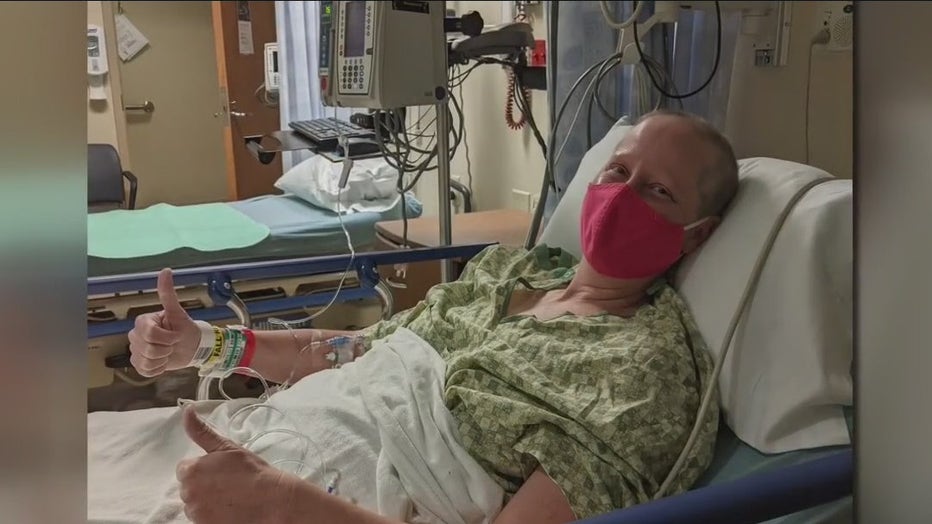 Amber York, a married mother of two, turned 40 in March 2020 and during her annual exam, her doctor ordered a routine mammogram, but she initially put it off. (Amber York)

After treatment and breast reconstruction at St. David's Georgetown, she followed all of that up with eight rounds of oral chemotherapy which she finished this past June.

"So as of right now, I do not have any active cancer," York said. "I'm very lucky. Since, I have triple negative - it's a more aggressive form of breast cancer. And, I am truly sitting here, healthy and able to share my story with you guys because of early detection."

Her message to all women whether or not they have a family history of breast cancer: "I would say do your self breast exams, get your mammogram, go to your annual physicals. If you find a lump - do not put it off. Get in and get it checked."

Dr. Bridget O'Brien, York's surgical oncologist, says that one out of eight women will be diagnosed with breast cancer in their lifetime. About 80 percent of cases are not related to a family history of breast cancer or genetic mutations.