Owning a dog could help you live longer, study suggests

A University of Toronto study published Tuesday found that dog ownership is associated with a lower risk of death over the long term.

Busch Beer is looking for a new executive -- but this "Chief Tasting Officer" will be furry and four-legged.

The beer brand -- owned by Anheuser-Busch -- is launching a contest to promote its Dog Brew and to find the perfect pooch to help expand the product line.

Busch first launched its Dog Brew, an alcohol-free bone broth, last summer. The "brew" is safe for dogs and is made from bone-in pork butt, whole corn, celery, basil, mint, turmeric and ginger, Fox News reported at the time.

On Tuesday, Busch announced its "Chief Tasting Officer" contest by posting a recruitment video on social media. In the clip, Busch’s spokesperson, "Busch Guy," explains the "serious" nature of the role.

"It will be your sole responsibility to shepherd the great taste of Busch, research new flavors, take up pet projects," Busch Guy says. "Your bark will have to be as good as your bite." 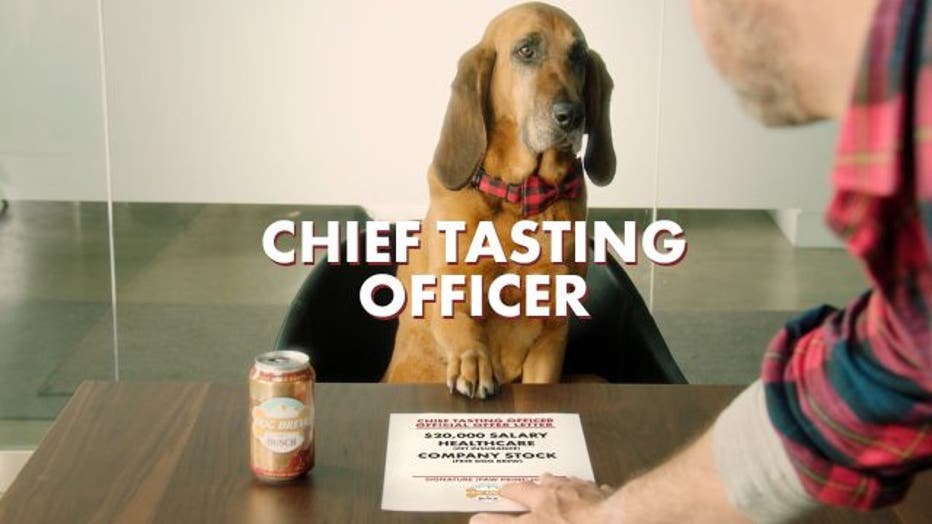 Owners of qualified dogs can apply by posting a picture of their pooch and a description of their qualifications on social media with the hashtag #BuschCTOcontest. (Source: Anheuser-Busch)

In fact, according to the announcement, the winning dog will have some responsibilities.

The CTO will be the brand’s ambassador and a "featured content creator on Busch’s social channels." The pooch will also have to perform tasks relating to taste-testing and quality control.

The role will also be compensated. The contest winner will receive a $20,000 check (as a salary), an $800 pre-paid card to be used as pet insurance (as healthcare) and 10 four-packs of Busch Dog Brew (as company stock options), according to the announcement and contest rules.

Busch is looking for dogs with a "refined palate" and "an outstanding sense of smell," to take the role, the announcement said. The brand added that "proficiency in English would be remarkable" -- though it is not necessary.

Owners of qualified dogs can apply by posting a picture of their pooch and a description of their qualifications on social media with the hashtag #BuschCTOcontest. Submissions end on April 28. 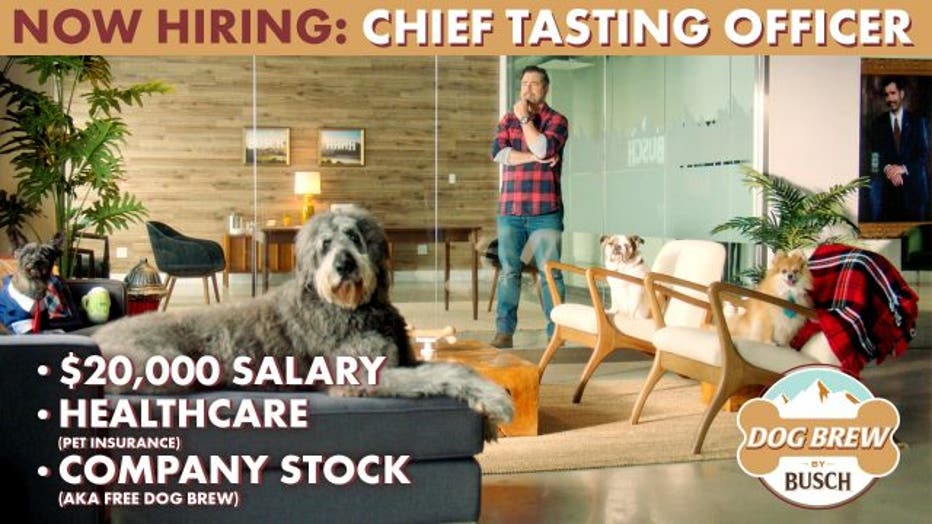 Busch is looking for dogs with a "refined palate" and "an outstanding sense of smell," to take the role, the announcement said. (Source: Anheuser-Busch)

Daniel Blake, Anheuser-Busch’s vice president of value brands said in a statement that the original release of Busch Dog Brew was so successful that the company wanted to "keep the momentum going" for its second year.

"To expand the brand this year, we needed a true expert in the space on our team," Blake said. "We’re excited to give one qualified canine a real, paying job and to tap into their insider knowledge of our target consumer to expand Busch Dog Brew in 2021!"