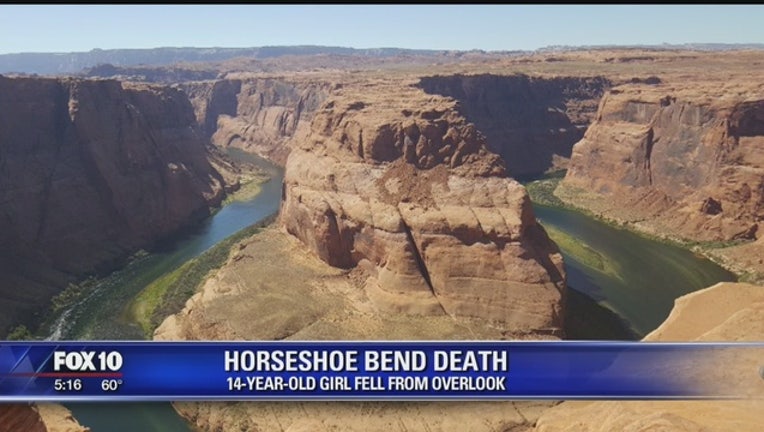 PAGE, Ariz. (AP) - Authorities say a California girl visiting Arizona has died from what appears to be an accidental fall.

Coconino County Sheriff's officials said Wednesday that the 14-year-old girl was initially reported missing by her family on Monday afternoon.

She was last seen in the area of Page on Horseshoe Bend Overlook.

An Arizona Department of Public Safety helicopter later spotted the girl's body about 700 feet (213 meters) below the overlook.

Authorities were not able to recover her body until Tuesday morning.

Her body was transported to the Coconino County Medical Examiner's Office in Flagstaff.

Sheriff's deputies say the teen was visiting from the San Jose, California area. They believe the fall was an accident but the incident remains under investigation.

The girl's name has not been released.