The two sites have been recommended for further review and consideration by city staff:

The city says that both properties will need to be rezoned in order to install temporary micro shelters to house people on site. 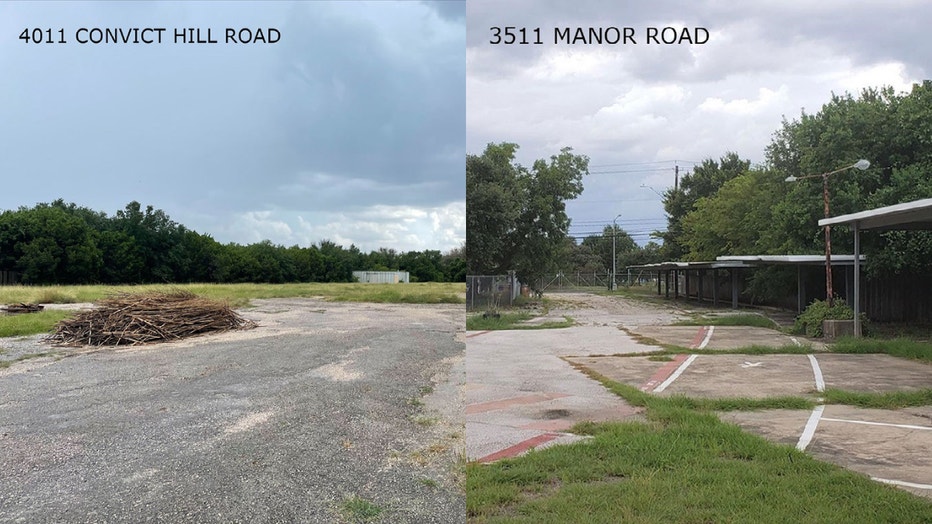 The city of Austin has identified two City-owned properties as possible city-sanctioned homeless encampments, one in East Austin and the other in Southwest Austin. (City of Austin)

Both sites have close access to CapMetro, access to utilities and the ability to control the site and flow of traffic around it, says the city, which also plans to install fencing and provide 24/7 security.

The City of Austin has now entered Phase 3 of its four-phased plan to reinstate its homeless camping ban. FOX 7 Austin's John Krinjak has details.

"After careful consideration and vetting of City-owned properties, staff has identified two sites as locations that meet most of the previously identified criteria for use as a legally designated encampments," the memo states. "Both properties are owned by the City of Austin, are being held for future creation of affordable housing, and could be used temporarily until that development takes place."

Grey and McNeeley are set to provide a briefing about the two sites at a City Council Work Session on July 27.

The city says that staff could begin to gather stakeholder feedback related to both properties in August which would include community meetings, opportunities to speak at City Council meetings, and community surveys via SpeakUp Austin.