The two-term Republican senator from Texas and 2016 GOP presidential candidate announced on Tuesday that he raised a massive $5,317,000 in the January-March first quarter of fundraising (Q1) this year.

Cruz reported having more than $5.6 million cash on hand.

Cruz reports that his haul came from more than 112,028 donors, including 61,888 first-time contributors to the conservative lawmaker. And showcasing the grassroots nature of his fundraising, the senator noted that 98% of the donations were less than $100 and that the average contribution was $41.

"Sen. Cruz is immensely thankful to the hardworking men and women across the country for their generous contributions," Cruz spokesman Steve Guest emphasized.

Guest touted that the senator "is the preeminent defender of freedom for the Lone Star State. Every day, Sen. Cruz fights back against President Biden's radical policy agenda that hurts Texans, raises taxes, harms small businesses, and increases our national debt." 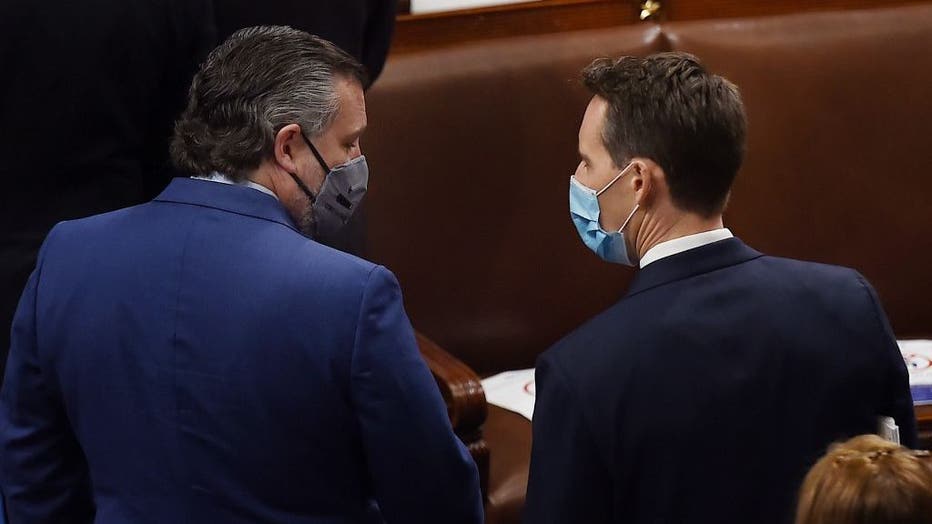 US Senator Ted Cruz (L), Republican of Texas, speaks with colleague Josh Hawley of Missouri during a joint session of Congress to count the electoral votes for US President at the US Capitol in Washington, DC, January 6, 2021.

Cruz has long been one of the most polarizing figures on Capitol Hill, taking aim at Democrats as well as members of his own party. And he's long had success with fundraising. But Cruz isn’t up for reelection until 2024, and his first-quarter haul is extremely high during an off-election year for a senator who isn’t in cycle.

But Cruz is considered a potential 2024 GOP presidential contender, and his fundraising figures going forward will be closely scrutinized as if he were in-cycle running for reelection. Another GOP senator in the same position, Sen. Josh Hawley of Missouri, raised more than $3 million the past three months, an impressive haul for the freshman lawmaker.

Cruz and Hawley – both strong supporters of efforts to challenge the results of the 2020 election Trump falsely claimed he won -- were the ring leaders of a small group of Republican senators who objected to certifying Biden’s razor-thin victories in Arizona and Pennsylvania. They voted against certification immediately after right-wing extremists and other Trump supporters stormed the U.S. Capitol on Jan. 6 in an effort to disrupt congressional certification of Biden’s Electoral College victory.

The two senators were heavily criticized for their words and actions by Democrats and even some Republicans, but they won praise from Trump loyalists, who appeared to open their wallets and shower Cruz and Hawley with contributions.