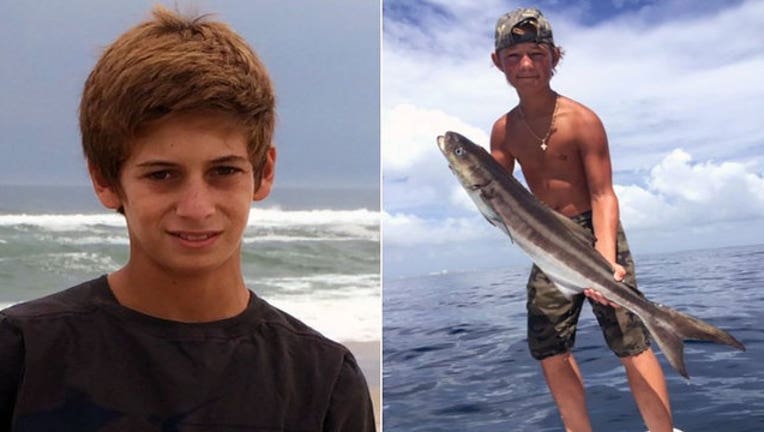 WEST PALM BEACH, Fla. (AP) - The father of a teenager who disappeared with his friend while boating in the Atlantic Ocean says he should not be held negligent for their presumed deaths.

Perry Cohen and Austin Stephanos were both 14 when they disappeared during a fishing trip in 2015. There was a massive search for them but they were never found.

Perry's mother sued Austin's family on Friday. Pamela Cohen alleges that Austin's mother, his father, William Blu Stephanos, and grandfather should have equipped the boat with a radio and other safety equipment and also not let them go out in the first place.

Stephanos' attorney Michael Pike told the Palm Beach Post his client didn't know the boys' plans and his son was in his mother's custody. The two have been divorced for years.