Angela West was arrested Friday night for driving while intoxicated with a child under 15 years of age in her car.

Angela was arrested Friday night for driving while intoxicated with a child under 15 years of age in her car. Allen demanded an apology from the chief and said the officer involved should be fired for wrongful arrest.

Garcia said Angela was stopped by a female police officer after failing to signal and driving on the shoulder of the highway "The Mercedes came to a complete stop in lane two of a three-lane, Northwest Highway," said Garcia. 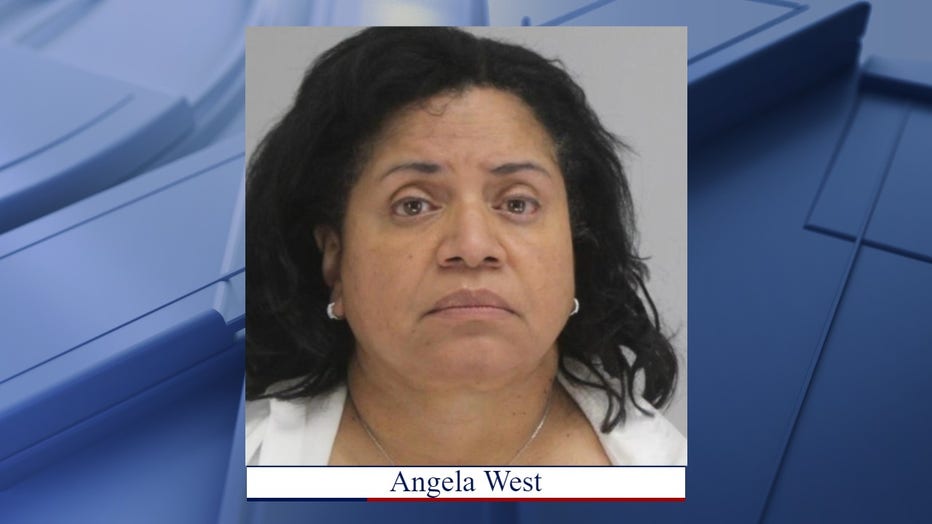 As the video shows, Angela was asked to move her car to the side of a nearby road. She then stopped in the right lane of the highway before again being told to move and doing so.

"The driver stated that the reason she was driving the way that she was, was because she was listening to her GPS," Garcia said.

Once stopped in a safer location Angela was given a field sobriety test. When asked to hold one leg up while counting out loud, she responded, "I’m not sure that I can."

Then she was given a breathalyzer.

"What did I do other than not switch lanes without- I mean, just give me a citation. You’ve put me through all of this now," Angela can be heard saying to the officer before agreeing to take the breathalyzer.

"The results of the breathalyzer were inconclusive because the test wasn’t done properly," said Garcia.

Following the breath test, the officer asked about a child in the car.

"She asked if there was someone that could pick up the child, which she could have taken the child to CPS and chose not to. She could’ve towed the vehicle and she chose not to. I saw a professional officer. I saw a courteous officer," Garcia said.

Angela was arrested and a blood sample was taken before she was booked into jail. Those results are still pending, but Chief Garcia said he believes the officer did what she should have.

"Regardless of what the lab results show, I believe that she believed that there was probable cause that something was impacting her driving," said Garcia.

Gubernatorial candidate Allen West has other ideas about the arrest and actions of the officer.

Allen West announces he is running against Governor Abbott

"This is crap. Now, I support the thin blue line, but this is insidious. They put my grandson at risk, at jeopardy, left him with a couple of police officers and carted his grandmother to jail when she had water and lemonade. That’s what witnesses said that were with her, water and lemonade for dinner," Allen said in a video he posted to social media.

Police said the child in Angela’s vehicle was released to the child's father.

Monday, Chief Garcia responded to the former Texas Republican Party Chairman calling his comments unfair. "No police chief can sit idly by while his officers are falsely vilified. False misrepresentations about my officers cannot go unchecked. They work too hard and they sacrifice too much," Garcia said.