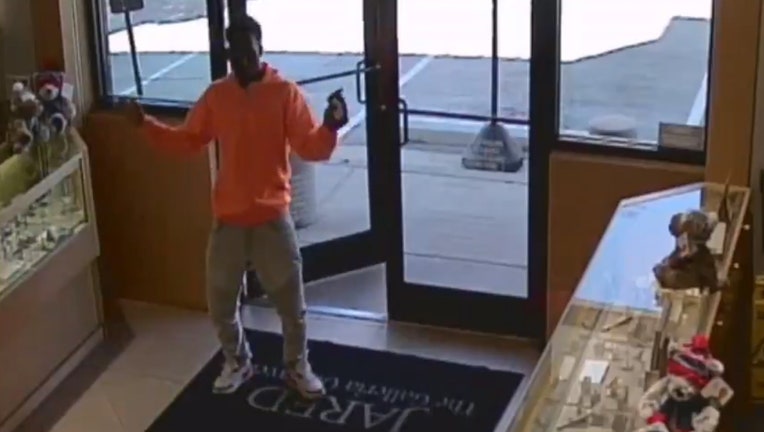 FORT WORTH, Texas - Police in Texas say a man is wanted for stealing a $23,000 jewel from a store in the Dallas/Fort Worth suburb of Southlake last Friday.

The suspect, who told employees his name was Derrick Edwards, entered Jared The Galleria of Jewelry on Oct. 18, and told a worker he had a $6,000 budget to work with, police said.

Employees reportedly showed the suspect several diamonds, which he didn’t like. He then slipped a 2.51-carat diamond in his pocket, telling the employee he “dropped it on the floor.”

Hours earlier, another jewelry store, Southlake Jewelers, had called other stores to warn them of a suspect it recognized from an incident on Aug. 21, the Dallas Morning News reported. The man identified himself as Wayne Johnson. The store called the police when he asked questions like, “Hey would the police be notified if I bought a large diamond?” and, “When do you call police?”

When officers arrived to speak with him, he told them he was a rapper from Lubbock.

When he walked into Jared later Friday, he was captured on surveillance camera doing a dance after entering the store.

Anyone with information is asked to call the Southlake Police Department at 817-748-8915.