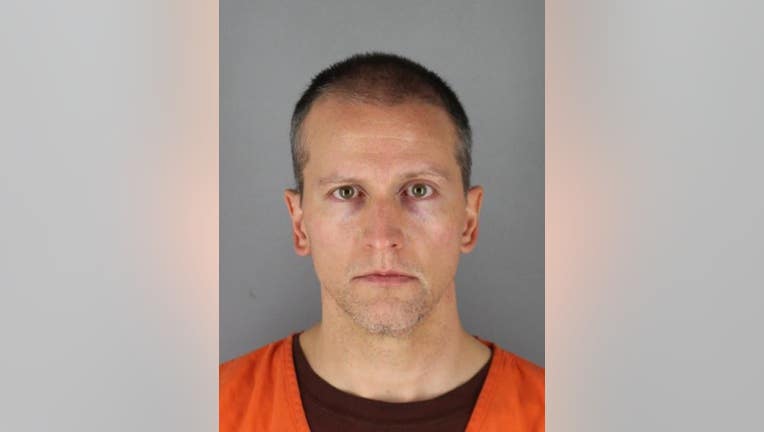 MINNEAPOLIS (FOX 9) - Derek Chauvin has been released from jail after posting a $1 million bond. Chauvin had been jailed in segregation at the maximum security Oak Park Heights, Minnesota prison awaiting a March 8 trial in the death of George Floyd in Minneapolis.

A Minnesota Department of Corrections spokesperson confirmed Chauvin was no longer being held at the prison on Wednesday, and state court records show he posted a non-cash $1 million bond on Oct. 7, signed by A-Affordable Bail Bonds of Brainerd, Minnesota. A notice of release was posted at 10:34 a.m. on Oct. 7. Jail records show he was released from Hennepin County Jail at 11:22 a.m.

Chauvin had been at the Oak Park Heights prison since May 31. Department of Corrections Commissioner Paul Schnell previously told FOX 9 such transfers of high-profile subjects from a county jail to state prison are "not uncommon.” Oak Park Heights is the same prison where former Minneapolis officer Mohamed Noor was moved after being arrested for murder in the death of Justine Ruszczyk. Sources confirm he was processed out of Hennepin County Jail once the bail was accepted.

Minnesota Gov. Tim Walz has activated the National Guard to assist local law enforcement in the Twin Cities following Chauvin's release. The governor said that move was made "out of an abundance of caution."

Chauvin was arrested and charged with third-degree murder and manslaughter just four days after the Memorial Day death of George Floyd at the intersection of E. 38th Street and Chicago Avenue in Minneapolis.The charge was later upgraded to second-degree murder at the same time Attorney General Keith Ellison announced charges against the other three officers involved in Floyd's death.

”Derek Chauvin’s release on bond is a painful reminder to George Floyd’s family that we are still far from achieving justice for George. The system of due process worked for Chauvin and afforded him his freedom while he awaits trial. In contrast, George Floyd was denied due process, when his life was ended over a $20 bill. There was no charge, no arrest, no hearing, no bail. Just execution. Although George Floyd was denied justice in life, we will not rest until he is afforded full justice in death. The civil litigation team looks forward to our day in court.”

PLEA DEAL FELL APART: Chauvin was in talks to plead guilty before arrest

Defense teams for all four former officers have filed motions to move the trial out of Hennepin County to counties outside of the Twin Cities metro area. They have argued that the jury pool has been tainted by media coverage of the George Floyd's death.

At a motions hearing Sept. 11, a judge heard oral arguments on multiple motions including the changing the venue, joining the four cases into one and dismissing the cases altogether. Following that hearing, the judge had 90 days to make a decision. So far, the court has not issued any decisions on those motions.

For now, the trial date for Derek Chauvin, Tou Thao, Thomas Lane, and J. Alexander Kueng has been set for March 8.

May 29: Derek Chauvin is arrested and charged with third-degree murder and second-degree manslaughter.

June 10: Lane is the first officer to be released on bail.

June 19: Kueng is released on bail.

July 4: Thao is released on bail.

Oct. 7: Chauvin is released on bail