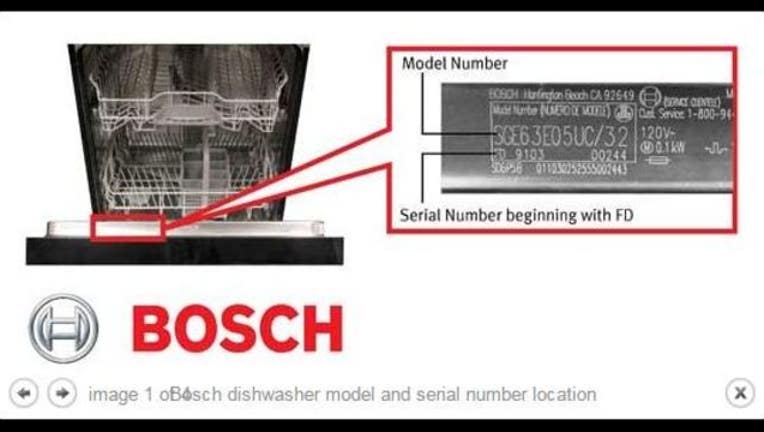 The Consumer Product Safety Commission (CPSC) has recalled several models of dishwashers because they have the potential to catch fire. CPSC says the power cord on some Bosch, Gaggenau, Kenmore Elite and Thermador dishwashers are affected by the recall.

The dishwashers were made between January 2008 - December 2013. The commission has gotten 10 reports of affected dishwashers overheating. No injuries have been reported, but half of the incidents included some property damage.

CPSC recommends people stop using affected dishwashers immediately and contact BSH Home Appliances so they can do a free repair. About 149,000 dishwashers in the U.S. are impacted by this recall.