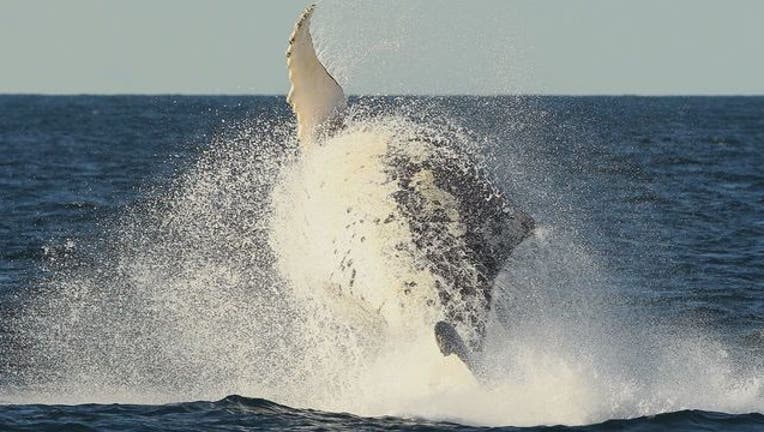 FOX NEWS - A diver in South Africa survived an experience out of a biblical passage last month when he ended up almost being swallowed by a whale.

Rainer Schimpf, 51, was snorkeling off the coast of Port Elizabeth, South Africa, when he ended up in the path of a Bryde's whale, which opened his jaws and engulfed him headfirst.

"We were very astonished that out of nowhere this whale came up," he told Sky News. "I was busy concentrating on the sharks because you want to know if the shark is in front of you or behind you, left or right, so we were very focused on the sharks and their behavior -- then suddenly it got dark."

Schimpf, who has worked as a dive operator for over 15 years, said he was in the water with two others for just a matter of minutes before the whale appeared. He had happened to be with a group recording a sardine run, which is where marine animals such as dolphins, whales, and sharks gather fish into bait balls.