NORTH PADRE ISLAND, Texas - The National Oceanic and Atmospheric Association (NOAA) is warning those visiting the beach in North Padre Island, Texas to steer clear of a dolphin that is considered to be aggressive and displaying dangerous behaviors.

The NOAA says the dolphin is threatening both its own life and human safety. Biologists have reported the animal showing increasingly aggressive behavior, even separating children from their parents in the water and isolating swimming pets from their owners.

"Human interaction is to blame for the dolphin’s increasingly aggressive behavior. For more than a year, biologists, law enforcement, and residents of the area have discouraged people from feeding, swimming, or interacting with the dolphin," the NOAA said. "While some have heeded the warnings, others continue to seek out the animal."

The dolphin becoming so accustomed to humans has resulted in it seeking out people, boats, and other forms of interaction. The dolphin has wounds caused by boats, and concerns for its safety grow as increased watercraft activity is expected through the Memorial Day holiday weekend. 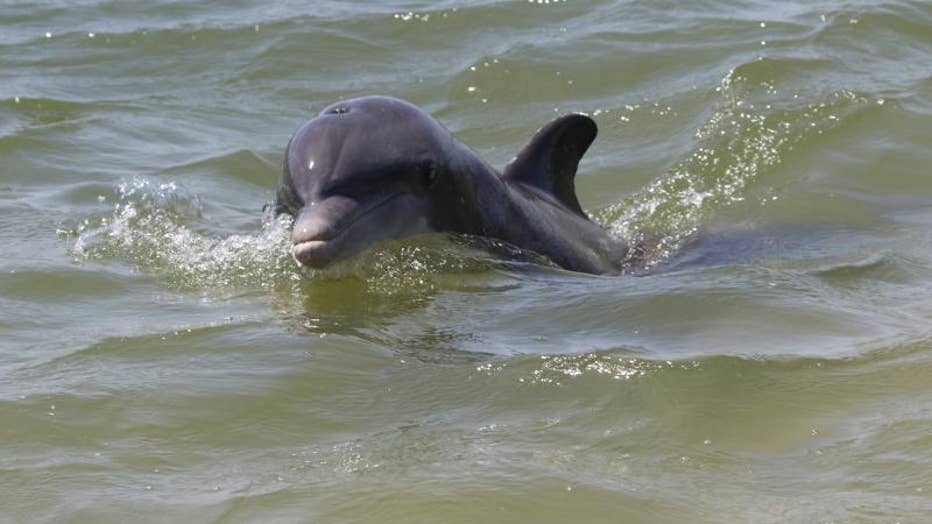 The NOAA is asking the public to avoid seeking out the dolphin, and to leave it alone for our own safety and that of the dolphin. If you do see the dolphin, it will likely come close to your watercraft. In that situation, the best thing to do is avoid stopping and slowly move away by maintaining your course and speed. It is important to keep your hands and feet inside the boat and do not reach out to try to touch or pet the dolphin, says the NOAA. The animal will eventually leave the side of your watercraft once you've moved out of its area.

If you see the dolphin while you are swimming, leave the water as quickly as possible.

"While the dolphin may seem friendly, this is a wild animal with unpredictable behavior. It is showing behaviors similar to other lone, sociable dolphins worldwide," the NOAA said.

The dolphin first shows up in the area and follows people but doesn’t approach them.

The dolphin starts following boats and people, and people start to feed, play, swim with, or otherwise interact with it.

The dolphin is now familiar with people, has lost its natural wariness to people and boats, and allows social interactions with people.

The last stage is when the dolphin is now widely known, often with media attention. It becomes a tourist attraction with people coming to see and inappropriately interact with the dolphin. This can cause the dolphin to show dangerous behaviors toward people, including dominant and aggressive behaviors. The North Padre dolphin is in stage 4.

Biologists and the NOAA are working to determine what to do to protect this dolphin. Law enforcement will increase patrol through the holiday weekend. Any interaction with the dolphin may injure or change its behaviors and is illegal harassment under the Marine Mammal Protection Act. Any feeding or attempt to feed wild dolphins is also illegal, says the NOAA.