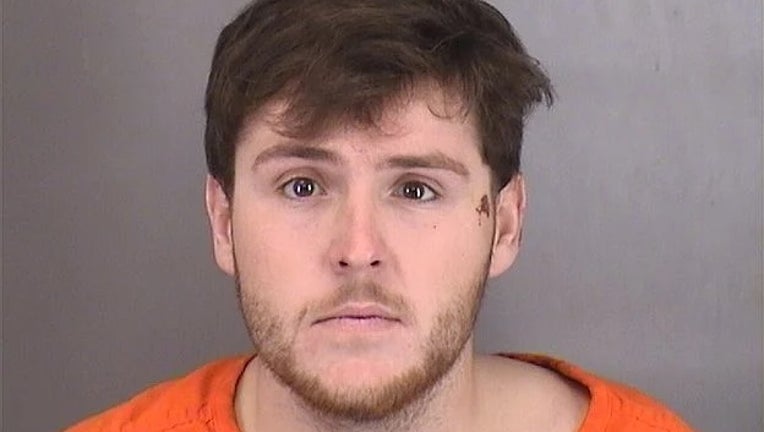 OMAHA, Neb. - Police arrested an Omaha man Wednesday on suspicion of being drunk and causing a fiery crash last week that killed two women, including a corrections officer who was eight months pregnant.

Investigators believe Paulison was drunk the night of March 31 when his pickup truck collided with the sport utility vehicle driven by 37-year-old Sara Zimmerman, who was an officer with the Douglas County Department of Corrections. According to WOWT, Paulison was driving more than 100 mph and had a blood alcohol level of 1.61 - more than twice the legal limit.

Investigators said there's no evidence that he hit the brakes before slamming his F-250 pickup truck into a Nissan Altima.

Police said both vehicles went into a ditch and the SUV erupted in flames. Zimmerman, who was pregnant, and her passenger, 38-year-old Amanda Schook, died in the crash. Paulison was taken to an Omaha hospital with back and chest fractures, police said.

He's being held in the Sarpy County Jail on a $1 million bond.